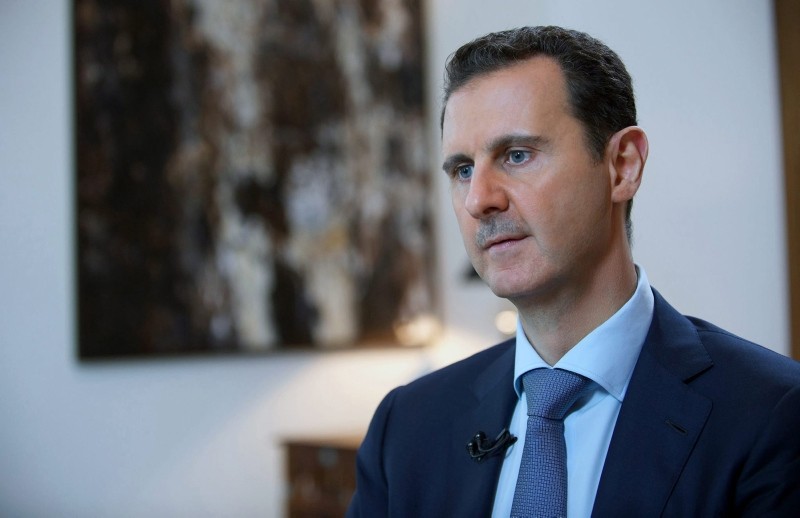 In this Sunday, Oct. 4, 2015 file photo released by the Syrian official news agency SANA, shows Bashar Assad, speaking during an interview with the Iran's Khabar TV, in Damascus, Syria. (SANA via AP)
by Jan 06, 2019 12:00 am

Syria's chief opposition negotiator said on Sunday he was surprised by countries rebuilding ties with Bashar Assad's regime and urged them to reverse their decision.

Arab states, including some that once backed the opposition against Assad, are seeking to reconcile with him after decisive gains by his forces in the war, aiming to expand their influence in Syria at the expense of non-Arab Turkey and Iran.

The United Arab Emirates re-opened its embassy in Damascus last month and Bahrain said its embassy there, and the Syrian diplomatic mission in Manama, had been operating "without interruption."

"We do not have the power to stop this reconciliation," Nasr Hariri told reporters in the Saudi Arabian capital Riyadh, where he is based.

"We still hope there is a possibility for (these countries) to revisit their decisions and realise that the real and solid relation should be with their brothers of the Syrian people not with the regime that has committed all these crimes," he said.

"Bashar Assad will remain a war criminal even if thousands of leaders had a handshake with him."

Kuwait said last week it expected more Arab countries to reopen embassies in Damascus in "coming days," although the move would need a green light from the Arab League.

Syria's membership of the Arab League was suspended in 2011 in response to the regime's violent crackdown on "Arab Spring" protests. For Syria to be reinstated, the League must reach a consensus.

"We do not think it would be a sound step to readmit Syria into the Arab League. We think this is a decision that won't be in the interest of the political process," Hariri said.

U.S-allied Gulf Arab states, especially Saudi Arabia and Qatar, were the main regional backers of armed groups opposed to Assad, providing finance or weapons or both, acting largely as part of a program of support for the armed opposition coordinated by Washington.