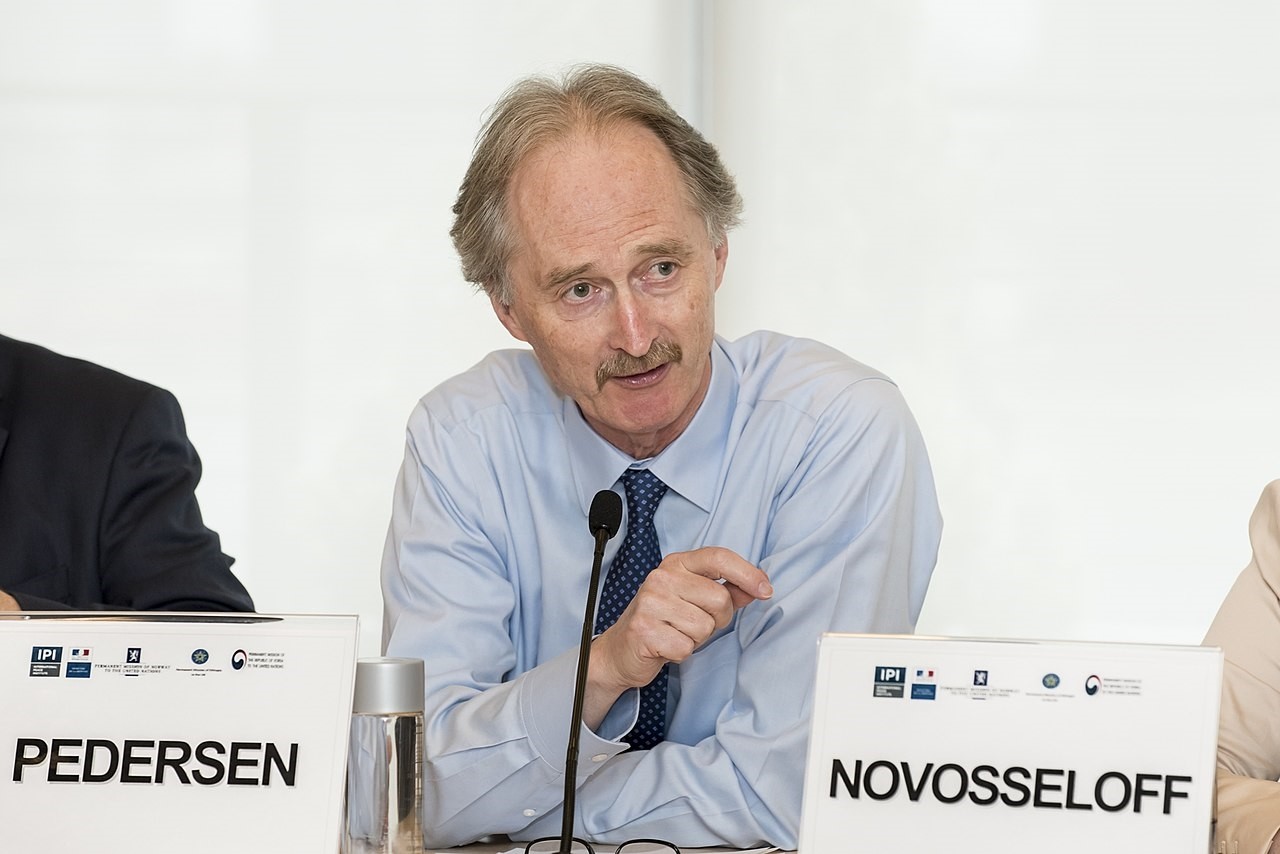 The newly-appointed United Nations special envoy to Syria Geir Pedersen is scheduled to arrive in Damascus for a three-day visit on Tuesday, according to a U.N. source and Syrian media.

The visit will be the Norwegian diplomat's first to the war-torn country after he assumed his post following the resignation of his predecessor, Staffan de Mistura, last year.

The U.N. source, who requested anonymity for not having permission to speak to the media, said Pedersen will arrive in Beirut on Monday.

Ayman Soussan, assistant of Syrian regime's Foreign Minister Walid al-Moallem, was quoted by the Syrian al-Watan newspaper on Monday that Syria is ready to "cooperate in order to make his (Pedersen's) mission a success."

"This will be an introductory visit... and we hope he will achieve what others could not achieve," Soussan was quoted as saying.

Soussan hoped that Pedersen will benefit from the experiences of his predecessors, especially when it comes "to the respect for the sovereignty of Syria, its unity of land and people, and impartiality and objectivity in dealing with issues related to the political process in Syria."

Prior to de Mistura, former U.N. general secretary Kofi Annan and Algerian diplomat Lakhdar Brahimi had endeavored to find a peace solution in Syria, but both stepped down after serving for a shorter period of time.

It will now fall to Pedersen, the fourth Syrian envoy in seven years of war, to broker peace in the conflict that has left more than 400,000 dead and caused millions to flee.