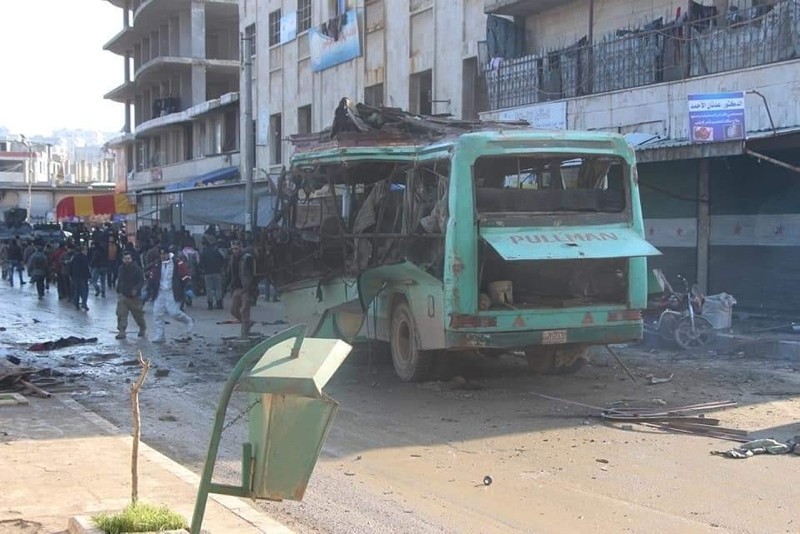 At least four people were killed and 11 others were injured after a bus exploded in Syria's Afrin on Sunday, local media said.

According to reports, a bomb planted on a bus went off as the vehicle left a terminal. The explosion took place in close vicinity of the governor's office, the reports said.

"The explosion is the result of a bomb that was placed in a bus in the centre of Afrin," Abdel Rahman said.

It was not immediately clear who was behind the blast.

Another bomb was planted along a busy street in a garbage dumpster, but injured no one.

President Recep Tayyip Erdoğan said the attacks would not deter Turkey from fighting terrorist threats along the country's border.

"These [attacks] will not deter us from fighting terror in Afrin. Our fight in Afrin, Jarablus, al-Bab will continue without interruption," the president said.

In January 2018, Turkey launched Operation Olive Branch to clear Afrin from PKK-affiliated People's Protection Units (YPG) and Daesh terrorists, who have been oppressing the local population before the Turkish military's intervention.

After a 2-month-long operation, Turkish military cleared terrorists from the war-torn city, allowing tens of thousands of Syrians to return home to established security and stability.