11 killed in Israeli attack on Iranian targets in Syria 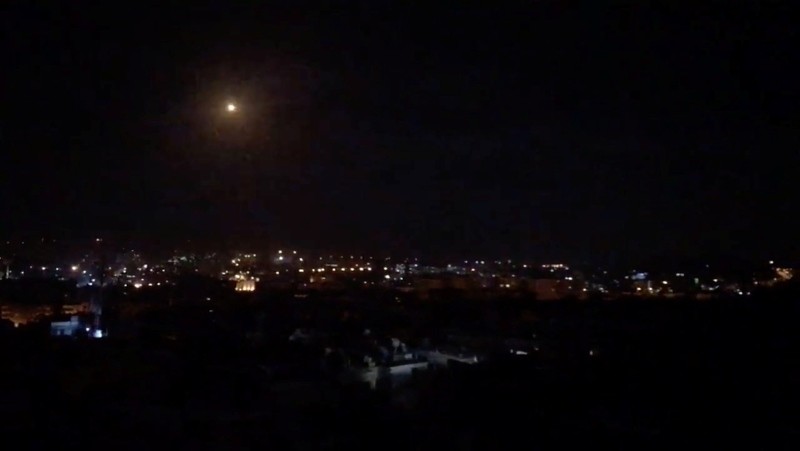 What is believed to be guided missiles are seen in the sky during what is reported to be an attack in Damascus, Syria, January 21, 2019, in this still image taken from a video obtained from social media (Reuters Photo)
by Compiled from Wire Services Jan 21, 2019 12:59 pm

The bombardment hit Iranian and Syrian targets around Damascus as well as near a military airport to the south of the capital, the Syrian Observatory for Human Rights said.

"We have started striking Iranian Quds targets in Syrian territory," the army said in a statement, in reference to a branch of Iran's Islamic Revolutionary Guards Corps.

The military warned the Syrian regime forces against "harming Israeli forces or territory".

SANA, citing a military source, said Syrian air defenses intercepted missiles by Israeli forces and shot down most of them.