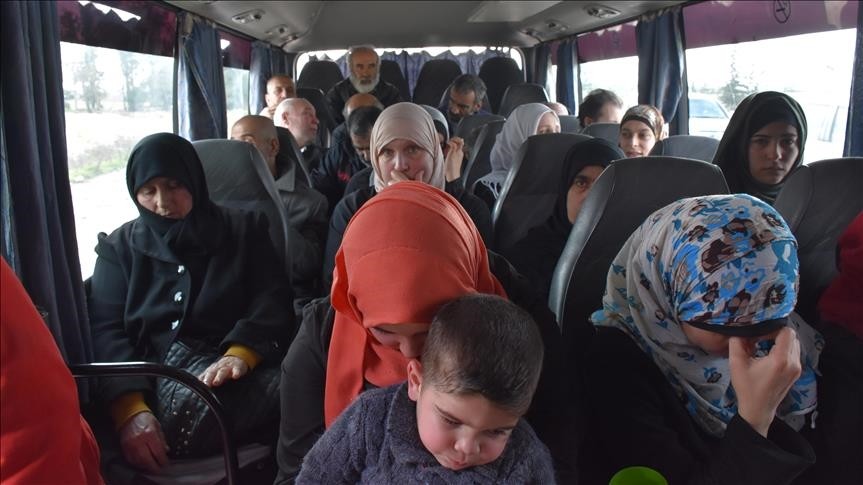 20 Syrian people are seen after they have been released reciprocatively by Assad regime and oppositions in Al- Bab, Syria within the Astana process. (AA Photo)
by Daily Sabah with AA Feb 12, 2019 12:00 am

The Syrian regime and opposition groups have swapped detainees in northern Syria, the Turkish Foreign Ministry said Tuesday, in the latest move to build confidence between the warring sides.

Several persons were "mutually and simultaneously" released on February 12, 2019 in the Abu al Zindeen district in the south of al-Bab which is controlled by the opposition, the ministry said.

It did not specify how many people were involved in the swap.

However, according to information obtained by Anadolu Agency, the Assad regime released 22 prisoners, including a number of women and children.

Armed opposition groups, for their part, reciprocated by releasing 20 male captives linked to the Assad regime.

The move was part of the second project prepared by a working group formed under the Astana process by Turkey, Russia, Iran and the United Nations to investigate the fate of missing people and release those who have been detained, the ministry added.

Although an initial prisoner swap was carried out last November, hundreds of thousands of people are still thought to be languishing inside Syrian regime prisons.