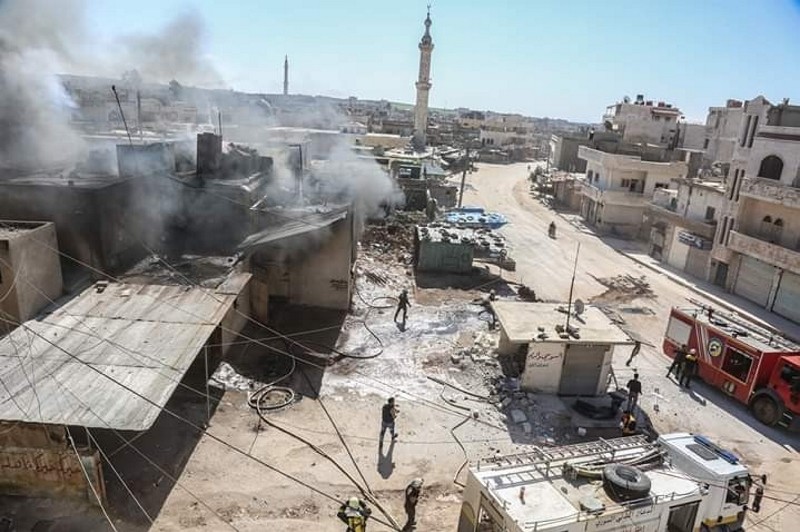 Five civilians were killed in artillery shelling by regime forces and Iran-backed militias in Syria's northwestern Idlib province on Tuesday, according to the White Helmets civil defense agency.

He said six other civilians were injured in the shelling.

The shelling comes one day after double vehicle bombing killed 24 people, including 16 civilians, and injured 25 others on a busy street in Idlib city center.

Idlib and some surrounding areas are the last major opposition bastion in Syria, where Bashar Assad's regime has in recent months retaken much of the territory it had lost since the civil war erupted in 2011.

Regime attacks in the de-escalation zone of Idlib are estimated to have killed at least 68 civilians and injured hundreds since the start of this year.