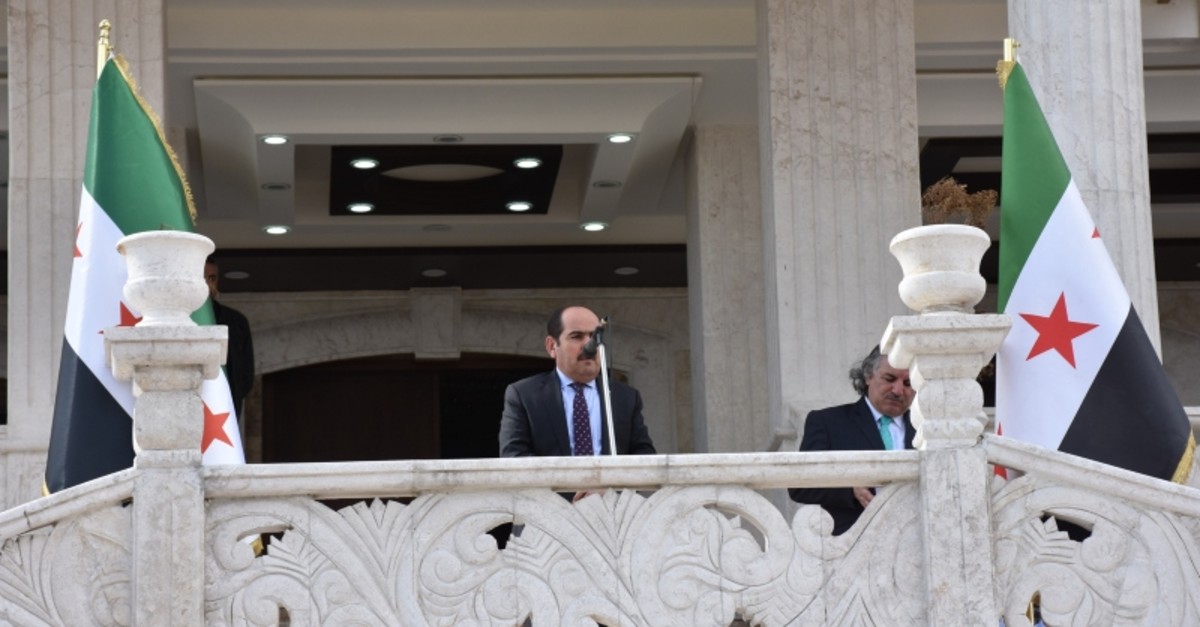 The Bashar Assad regime in Syria has been toughening the blockade on the Rukban refugee camp along the border with Jordan in order to force out the 60,000 residents of the camp, the chairman of the National Coalition for Syrian Revolutionary and Opposition said in a statement Tuesday.

In a statement released on the coalition's website, Chairman Abdurrahman Mustafa said that the regime forces have blocked the routes used for the humanitarian aid transfer, aggravating the already worsened conditions in the camp.

"The siege will lead to a genocide before the eyes of the silent world," Mustafa said.

The camp, located in a remote area of the Syrian desert near the Jordanian border, is home to some 60,000 refugees living under harsh conditions.

The Russian Defense Ministry announced last week it would open two "humanitarian corridors" near Jleighem and Jebel al-Gurab settlements, with the help of the United Nations, to "allow Syrian refugees to leave voluntarily for places of residence they choose."

However, Jens Laerke, spokesman for the United Nations Office for the Coordination of Humanitarian Affairs, told Anadolu Agency (AA) that the U.N. was not involved in the opening of the corridors.

Udey Selame, a civilian living in the Rukban camp, told AA that he fled from the regime offensive and does not want to return without security.

Selame called for much-needed humanitarian aid to be provided to those at the camp who have nothing.

He said that while Syrians living along the northern border with Turkey are safe, displaced persons in the south "have nothing but the mercy of God."

Muhammad Elasura, another civilian living in Rukban, said that they have all been asked to leave the camp. However, since they have no security of life and livelihood, they do not know where to go.

Elasura said the refugees do not want to return to the territories controlled by the Assad regime, and would prefer to go to the areas which were cleared of PKK-affiliated People's Protection Units (YPG) in Turkey's Operation Euphrates Shield.

Most of the refugees in Rukban camp fled areas in eastern Syria that had once fallen to the Daesh terror group, and were trapped after Jordanian authorities closed the border.

Last year, at least 20 people died inside the camp, faced with starvation, disease and lack of medicine.

The Syrian Network for Human Rights (SNHR) has blamed the Assad regime for the humanitarian crisis in the desert camp and accused the Jordanian government of banning the entry of humanitarian aid into the camp.

Syria's civil war has killed more than 350,000 and displaced one-third of its pre-war population of 30 million since it began in 2011.