Israel, Russia to work on removal of foreign troops from Syria, Netanyahu says 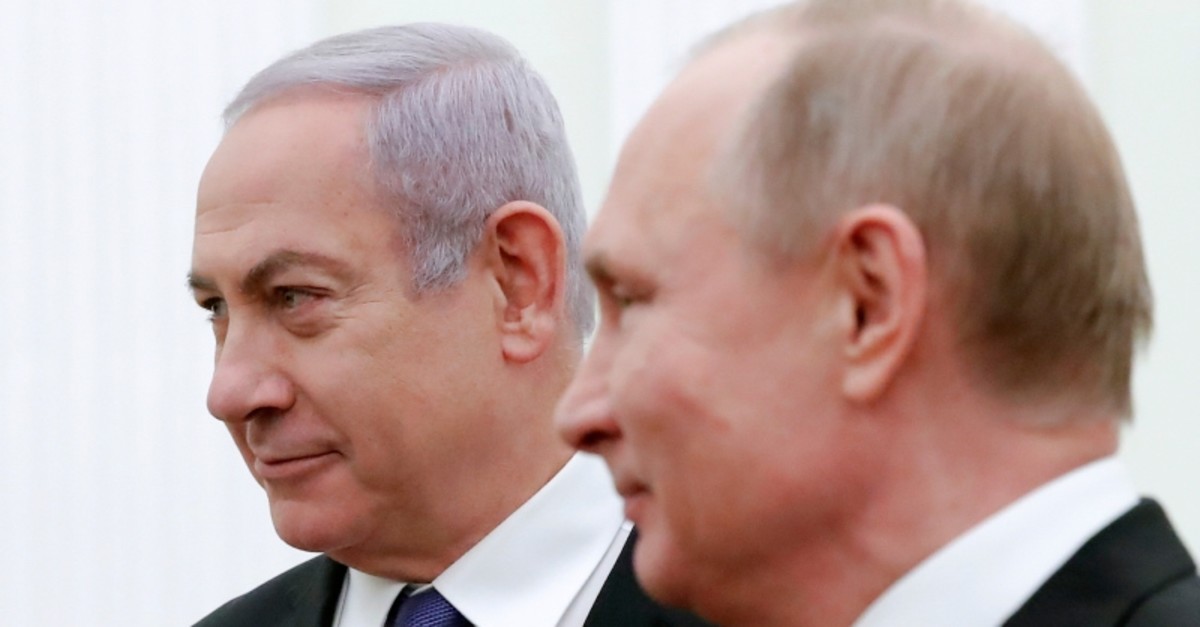 Russian President Vladimir Putin, right, and Israeli Prime Minister Benjamin Netanyahu pose for a photo during their meeting in the Kremlin in Moscow, Russia, Feb. 27, 2019. (AP Photo)
by Mar 03, 2019 12:00 am

Israel and Russia will work together on securing an exit of foreign forces from Syria, Israeli Prime Minister Benjamin Netanyahu said Sunday after visiting Moscow to advocate against the Iranian presence in the country.

As Bashar Assad's regime beats back an eight-year-old insurgency, Israel worries that his reinforcements from Iran and the Tehran-backed Lebanese militia Hezbollah will stay on to form a new front against it.

Israel has carried out hundreds of strikes against suspected Iranian and Hezbollah targets in Syria. These operations have been largely ignored by Russia, which intervened militarily on Assad's behalf in 2015, turning the tide of the war.

Netanyahu, who was hosted by Russian President Vladimir Putin last week, said that he had made it "unequivocally clear" that such strikes would continue, with an Israeli-Russian military hotline continuing to prevent accidental clashes between the countries.

"President Putin and I also agreed on a shared goal — the removal from Syria of the foreign forces that came in after the civil war erupted," Netanyahu told the Israeli cabinet in broadcast remarks.

"We agreed to set up a joint task force which, together with others, will work to advance toward this goal."

He did not elaborate. Moscow had no immediate comment. In the past, Russia has spoken in favor of other forces leaving Syria, though it plans to keep a long-term garrison there.

Russian Foreign Minister Sergei Lavrov, in an interview with Kuwait News Agency (KUNA) published Sunday, said the situation in Syria had visibly stabilised after operations by the regime forces with Russian aerial support.

But Lavrov said it was too early to declare the "terrorist threat" in Syria eliminated. The United States has been drawing down its own forces in Syria as Daesh terrorists near defeat.