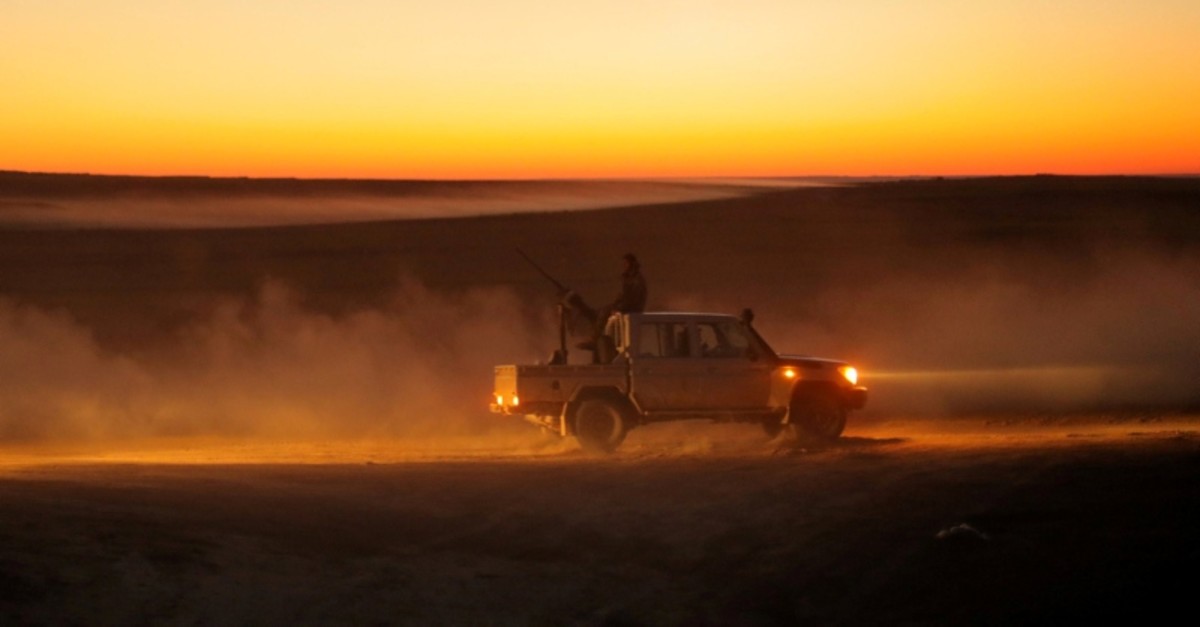 Airstrikes targeted Daesh terror group's weapons stores on Sunday as the U.S.-backed Syrian Democratic Forces (SDF) launched an attack against the terrorists' enclave at Baghouz near the Iraqi border, an SDF spokesman said.

The SDF said Sunday it had started an attack to capture Daesh's last remaining shred of territory in eastern Syria after the terror group failed to meet a deadline to surrender.

The SDF, which the U.S. has partnered with in its fight against Daesh in Syria, consists mainly of the terrorist PKK-affiliated People's Protection Units (YPG).

In a post on Twitter, Mustafa Bali said the attack began at 6 p.m. (1600 GMT). "Direct and fierce" clashes were underway, he added.

The fighting came a day after an SDF member said they could soon resume the offensive against Daesh, adding that the battle could last three days. SDF member Aras Orkesh said Saturday that about 2,500 fighters are ready for the battle in and around the eastern village of Baghouz, where Daesh fighters still have a presence.

Under the cover of heavy coalition bombing on March 1-2, SDF forces advanced on the besieged tent encampment, leaving a corridor for residents to leave. Following that operation, thousands of residents and many fighters evacuated Baghouz over the next four days. But since Friday, only a small group has come out, raising speculation that a renewed military offensive is about to begin.

A U.S. senior defense official said in Washington on Friday that it would not be a surprise, based on current conditions, if it took another couple of weeks to finish "mopping up" the Daesh enclave.

The official who could not be identified by name under Pentagon ground rules, said that nearly all of the 20,000, including women and children, are seen as Daesh followers or adherents.

The area on the east bank of the Euphrates River in the province of Deir el-Zour that borders Iraq has been under attack by the SDF since September. After capturing the surrounding towns and villages over the past six months, the SDF in recent weeks advanced on Baghouz from three sides, besieging it.

The capture of Baghouz would be a milestone in the devastating four-year campaign to defeat the group which once controlled a vast territory straddling both Syria and Iraq. The fight against Daesh has taken place amid Syria's nearly 8-year-old civil war.

Turkey is strongly opposed to the U.S.' partnership with terrorist YPG and SDF, saying partnering with one terrorist group to defeat another will not achieved the desired goal.

The YPG is the Syrian affiliate of the PKK, which is listed as a terrorist group by Turkey, the U.S. and the EU. In its 30-year terrorist campaign, the PKK has taken some 40,000 lives, including women and children.