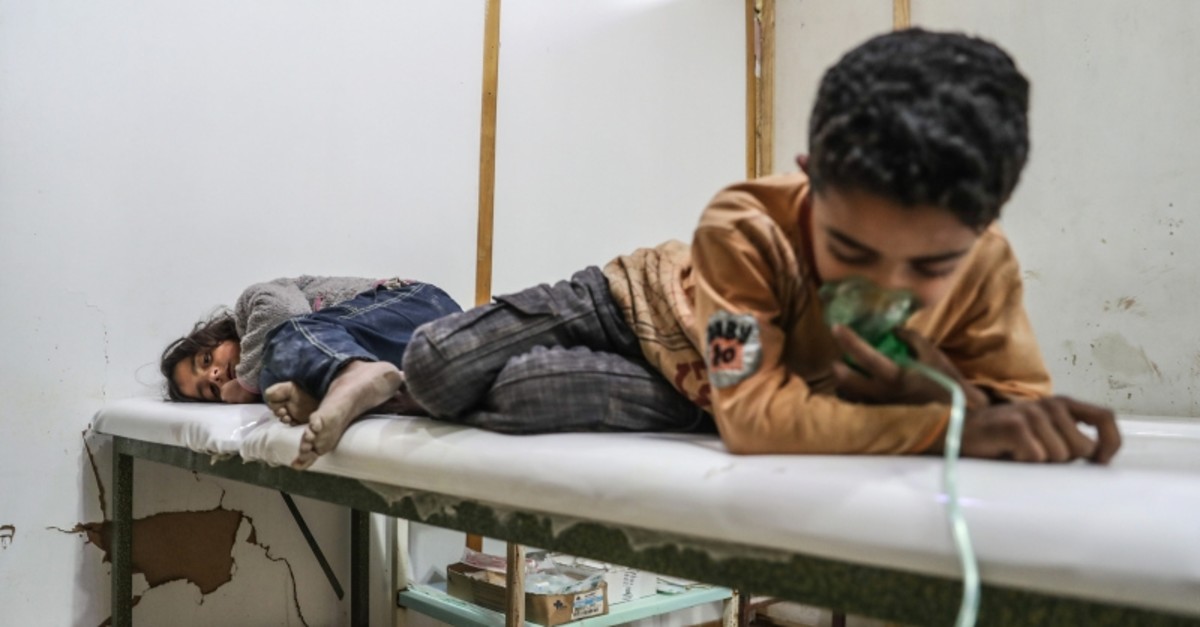 Last year was the deadliest yet for children in Syria, with more than 1,100 killed by fighting, the United Nations said Monday, with the bloody conflict about to enter its ninth year.

U.N. children's agency UNICEF said it had been able to verify 1,106 child deaths from the fighting in 2018 – the highest annual toll since war broke out in 2011 – but that the true figure was likely to be much higher

"Today there exists an alarming misconception that the conflict in Syria is drawing quickly to a close – it is not," said executive director Henrietta Fore in a statement.

"Children in parts of the country remain in as much danger as at any other time during the eight-year conflict."

The biggest cause of child casualties was unexploded ordnance, which accounted for 434 deaths and injuries last year, UNICEF said.

Fore said that 262 attacks were carried out against education and health facilities in 2018, which she described as a "record high."

She voiced concern about the situation in Idlib in northwestern Syria where "an intensification of violence has reportedly killed 59 children in the past few weeks alone."

Turkey and Russia signed the Sochi agreement in September last year to decrease tensions and avoid new conflicts in Idlib province. Since then, meetings between officials from the two countries have continued. While the existence of the former al-Qaida affiliated terrorist group the Hayat Tahrir al-Sham (HTS) in Idlib currently remains a vexing problem, Ankara has been pushing intense efforts to dissolve or demilitarize HTS.

Yet the regime and its supporters have violated the agreement. Since the Sochi agreement in September, dozens of civilians have lost their lives in attacks by the regime with many injured.

"Children and families in no man's lands continue to live in limbo. The situation of families in Rukban, near the Jordanian border, continues to be desperate, with limited access to food, water, shelter, health care and education," she said.

The UNICEF director is also "alarmed by worsening conditions in al-Hol camp in the northeast (in al-Hasakeh governorate), now home to over 65,000 people, including an estimated 240 unaccompanied or separated children."

Since January about 60 children have died trying to get to al-Hol camp in northeastern Syria, which is now home to more than 65,000 people fleeing Daesh, according to the U.N.

Thousands have flooded al-Hol camp as the U.S.-backed Syrian Democratic Forces (SDF) lay siege to the last vestige of Daesh's territorial rule at the besieged village of Baghouz near the Iraqi border.

"Syria is still one of the most dangerous places in the world to be a child, with ongoing violence, insecurity and displacement," said Caroline Anning, spokeswoman for Save the Children.

"Even where conflict has subsided, the risk from explosive remnants of war like landmines and cluster munitions is growing," she told the Thomson Reuters Foundation in an emailed statement.

The fate of children of Daesh foreign fighters in Syria remains unclear, she noted. UNICEF "urges member states to take responsibility for children who are their citizens or born to their nationals and to take measures to prevent children from becoming stateless," she said.

The U.N. agency, Fore said, renewed its call on "all parties to the conflict, as well as those who have influence over them, to prioritize the protection of all children, no matter who controls which area and regardless of the alleged affiliations of a child's family."

"We," she indicated, "also renew our call for unconditional, safe access to the families in need and for sustained, voluntary, long-term solutions to those choosing not to return."

Ahead of the pledging conference in Brussels which starts Tuesday, Fore urged donors to "maintain their generosity towards the children of Syria and neighboring countries."

The conflict in Syria has killed more than 500,000 people and forced more than 5 million people to flee, while some 7 million remain internally displaced. Some of them have sought to reach Europe via the Aegean and Mediterranean seas, but hundreds died en route to Greece and other countries bordering these seas.

The lucky ones, those who were lucky enough to save their lives as well as their children's, however, started new lives all across the world, but most civilians seek shelter in neighboring Turkey, which hosts around 3.5 million Syrian refugees.