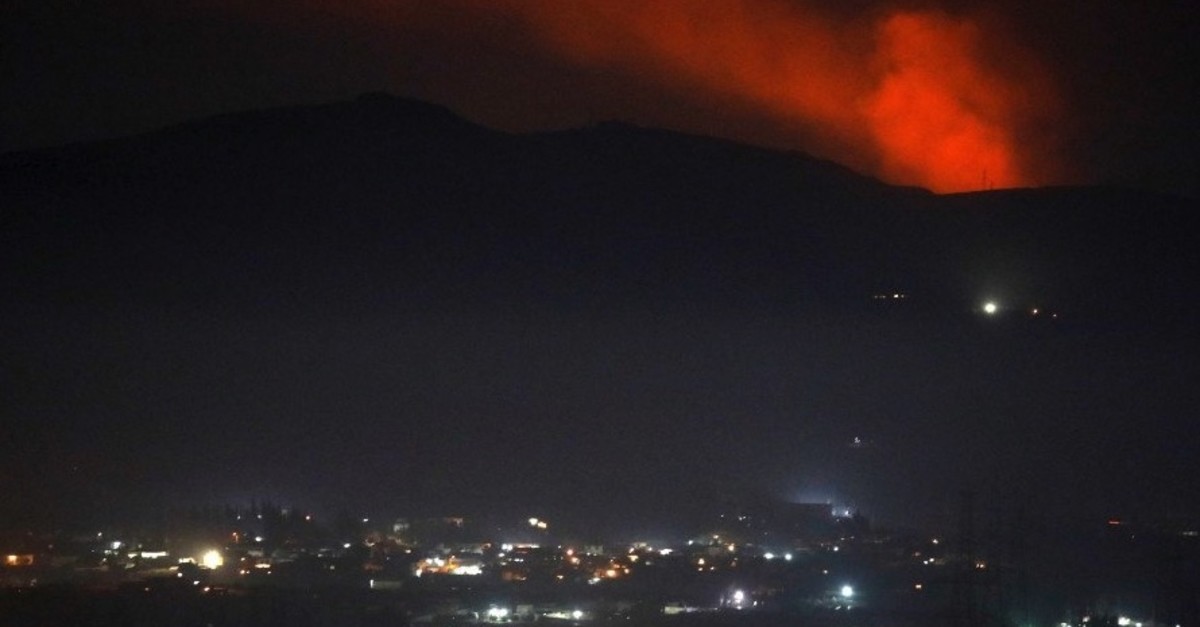 The Assad regime army on Wednesday intercepted several missiles that were fired by Israeli jets during raids on an industrial zone in the northern city of Aleppo with damage to materials only, state television said.

"The Israeli aggression targeted some positions in Sheikh Najar industrial zone and a number of enemy missiles were brought down," an army statement said.

Military experts say Aleppo is one of the main areas where Iran's elite Revolutionary Guards have a strong military presence where it supports local militias that have for years been fighting alongside the Syrian regime.

The Syrian Observatory for Human Rights, meanwhile, said that at least seven militia fighters loyal to Iran were killed in the Israeli strikes that targeted an arms depot on the outskirts of Aleppo.

Initially, the U.K.-based watchdog said at least four people were killed in the attack.

Israel, which considers Iran as its biggest threat, has repeatedly attacked Iranian targets in Syria and those of allied militia, including Lebanon's Hezbollah.

Prime Minister Benjamin Netanyahu has said Israel had carried out "hundreds" of attacks over the past few years of Syria's war to curtail Iran and its ally Hezbollah.

With an election approaching, Israel's government has increased its attacks in Syria and has also taken a tougher stance towards Hezbollah on the border with Lebanon.

The incident comes amid high tension between Syria and Israel, after U.S. President Donald Trump on Monday recognized the Golan Heights as Israeli territory, a flagrant violation of international law. The U.N. Security Council was due to meet on Wednesday after Syria requested the international body discuss the U.S. proclamation.

Three Security Council resolutions call on Israel to withdraw from the Golan, which it seized from Syria in the 1967 Six-Day War and annexed in 1981, in a move that was never recognized internationally.