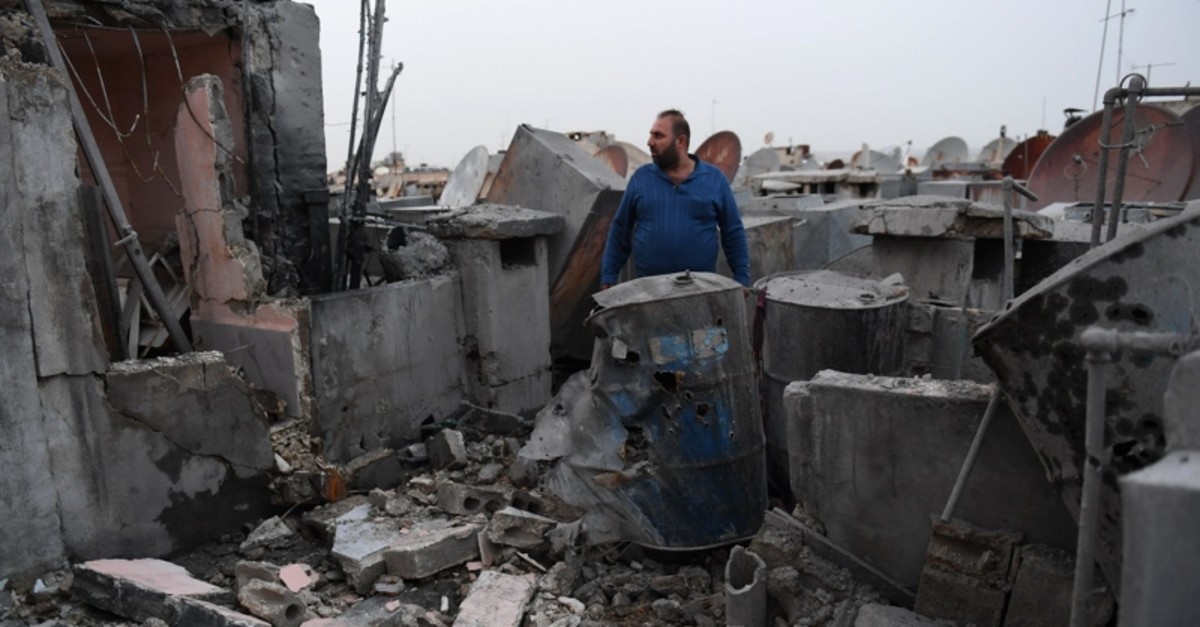 The Bashar Assad regime shelling killed at 10 people and wounded many others Thursday in the last major territory still held by the Syrian opposition.

Rocket fire targeted a village and an adjacent camp for the internally displaced in Idlib's southeastern countryside, according to the Britain-based Syrian Observatory for Human Rights.

Most of the deaths were women and children, said the White Helmets, known officially as the Syrian civil defense. Some 30 people were wounded.

Syrian state media made no mention of shelling in that area. State news agency SANA said militants had blown up a bridge in the northern Hama area which is adjacent to Idlib.

The northwest is the last big piece of territory held by the opposition to Assad, who has recaptured most of the rest of the country since 2015 when Russia joined the Syrian civil war on his regime's behalf. The war is now entering its ninth year, with half of Syria's population displaced and many hundreds of thousands of people killed.

Turkey and Russia in September inked a buffer zone deal to prevent a massive regime offensive on the Idlib region, near the Turkish border.

The U.N. has expressed concern over escalating violence, warning that the flare-up is threatening aid deliveries to some 2.7 million people in need.

More than 86,500 people fled their homes in February and March as a result of the surge in violence, it said.

Iran, Russia and Turkey are set to discuss the Idlib deal during a fresh round of talks on April 25-26 in Kazakhstan.