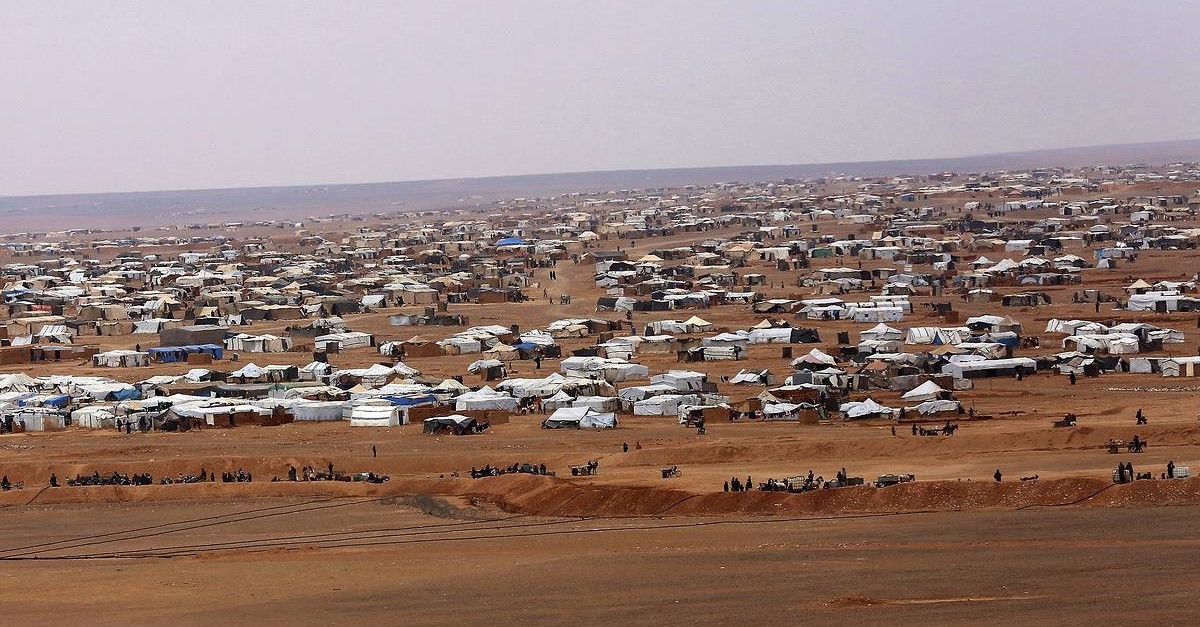 The Bashar Assad regime in Syria continues to forcefully evacuate the residents of Rukban refugee camp along the border with Jordan, with some 1,000 civilians leaving the camp recently due to in humane and degrading conditions, local sources said Monday.

The evacuation was started by the regime and its allies on April 5, the sources said, with an estimated 60,000 living in the desert camp.

The residents, however, do not want to leave the refugee camp to go to regime-held areas even though the conditions in the camp have been deteriorating day by day due to the regime's blockade on humanitarian aid, Anadolu Agency (AA) reported, citing the local sources.

Some 1,000 residents who accepted the conditions presented by the Russian negotiators have left the camp, residents told a correspondent from the AA..

Those that left the camp did so because they were worried about their children's health under the tightening siege, and they were relocated to the regime's temporary shelters in Homs, the sources said.

They also said the people who went to regime-held areas were the members of particular tribes, and the rest of the residents who do not want to leave are instead waiting for the international community to act to help them.

Conditions inside the settlement are dire, with many surviving on just one simple meal a day, often bread and olive oil or yoghurt, according to one resident.

Imad Ghali, an activist inside Rukban, estimated that there are still some 30,000 refugees at the camp refusing to go to areas under regime control. They want instead to go to the opposition bastion of Idlib in northwestern Syria, the activist added.

The regime tries to lead the residents to regime-held areas by toughening the blockade on the camp, the chairman of the National Coalition for Syrian Revolutionary and Opposition Forces said previously in February.

In a statement released on the coalition's website, Chairman Abdurrahman Mustafa said that regime forces had blocked the routes used for the transfer of humanitarian aid, aggravating the already worsened conditions in the camp.

"The siege will lead to genocide before the eyes of the silent world," Mustafa said.

Last year, at least 20 people died at the Rukban camp due to a lack of medical services, according to humanitarian groups.

The last aid delivered to Rukban was two months ago. Jordan has closed its borders with the camp, citing security concerns. For a period, aid used to be delivered across sand berms from Jordan, until the first shipment of aid arrived to the camp from Damascus in February.

The Russian Defense Ministry announced in February it would open two "humanitarian corridors" near the settlements of Jleighem and Jebel al-Gurab with the help of the United Nations to "allow Syrian refugees to leave voluntarily for places of residence they choose."

Two weeks later, the U.N. said no civilians were believed to have left, for fears over their safety.

Jens Laerke, spokesman for the United Nations Office for the Coordination of Humanitarian Affairs, said the U.N. was not involved in the opening of the corridors, but had appealed for protection guarantees from the regime and Russia.