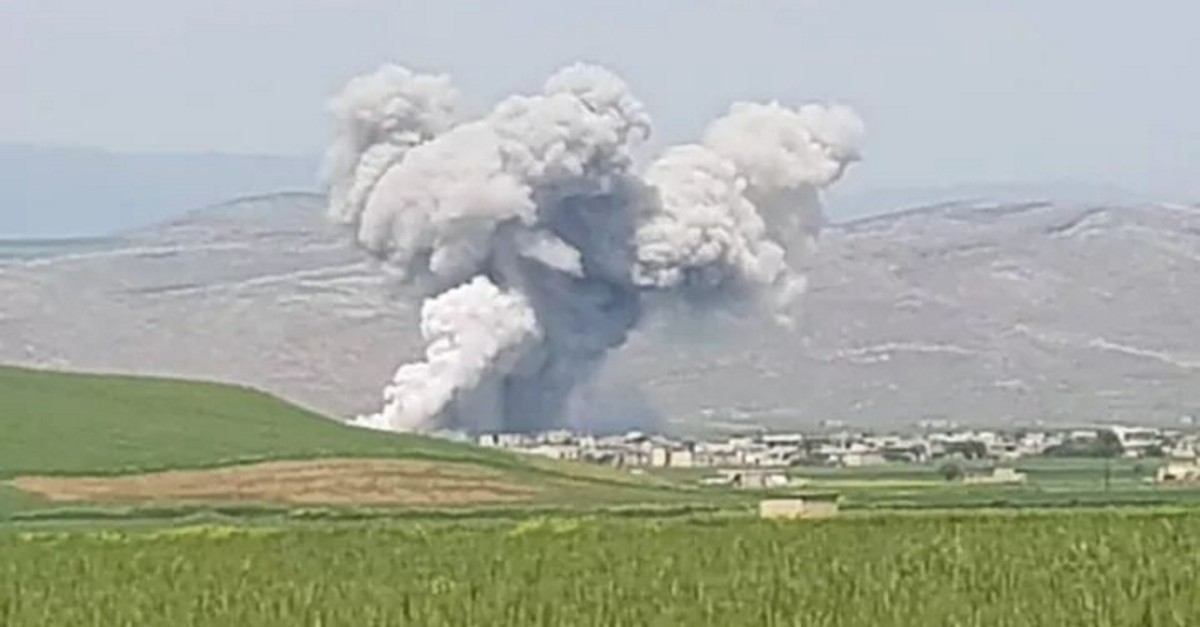 The Syrian Observatory for Human Rights, a Britain-based monitor, said those killed in the towns of Kafranbel and Tal Hawash included two children.

The air raids came as two days of talks on ending the war in Syria — sponsored by Russia, fellow regime ally Iran, and moderate opposition-backer Turkey — concluded in Kazakhstan.

Idlib has since September been protected from a massive regime offensive by a cease-fire deal signed by Turkey and Russia. However, the Bashar Assad regime and its allies have repeatedly violated the deal, increasing attacks since January, when HTS took full control of the area.

The Assad regime and its allies attacked Idlib's de-escalation zone 6,422 times in March, killing 135 civilians, according to data collected by the White Helmets civil defense agency.

Syria's war has killed more than 370,000 people and displaced millions since the conflict began with the repression of anti-government protests in 2011.