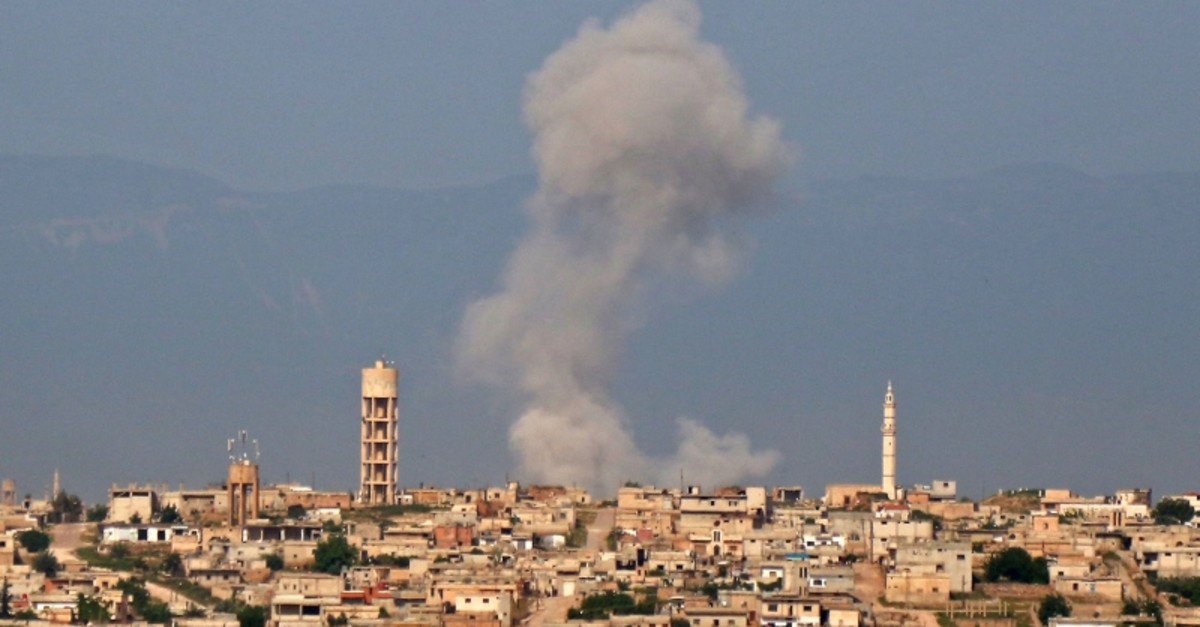 Smoke billows after reported shelling on the village of Kfar Nabuda in the northern countryside of Hama governorate, Syria, May 1, 2019. (AFP Photo)
by May 01, 2019 3:39 pm

Forces loyal to the regime of Bashar Assad and their Russian allies unleashed a series of shelling and airstrikes against opposition-held areas Wednesday for the second straight day, a war monitor and activists said.

The Syrian Observatory for Human Rights reported that around 35 airstrikes have since the early hours of Wednesday targeted the opposition areas in the province of Idlib in northwestern Syria and the central province of Hama.

Ahmed Sheikho, the head of Idlib's White Helmets, a rescue group working in opposition areas, said at least two civilians had been killed and 15 others injured in airstrikes in the southern countryside of Idlib on Wednesday. Another civilian was killed and four others were injured in Aleppo's Rashidin and Khan Al-Asal.

He told German Press Agency (DPA) that around 150 shells fired by regime forces had landed in the villages of Habeet and Tarmala in Idlib.

Syria's official news agency SANA reported that regime forces had mounted retaliatory "special operations" against the opposition in Idlib and Hama, but without giving details.

Russia, a key ally of Assad, and Turkey, which supports opposition, reached a deal in September to establish a demilitarized buffer zone in the Idlib enclave — a move that prevented a major regime offensive there.

The buffer zone also includes parts of the neighboring provinces of Latakia, Hama and Aleppo.

Idlib is the last key opposition stronghold in Syria. Assad's forces, supported by Russia's air power, have regained vast swathes of territory from the opposition in recent months.