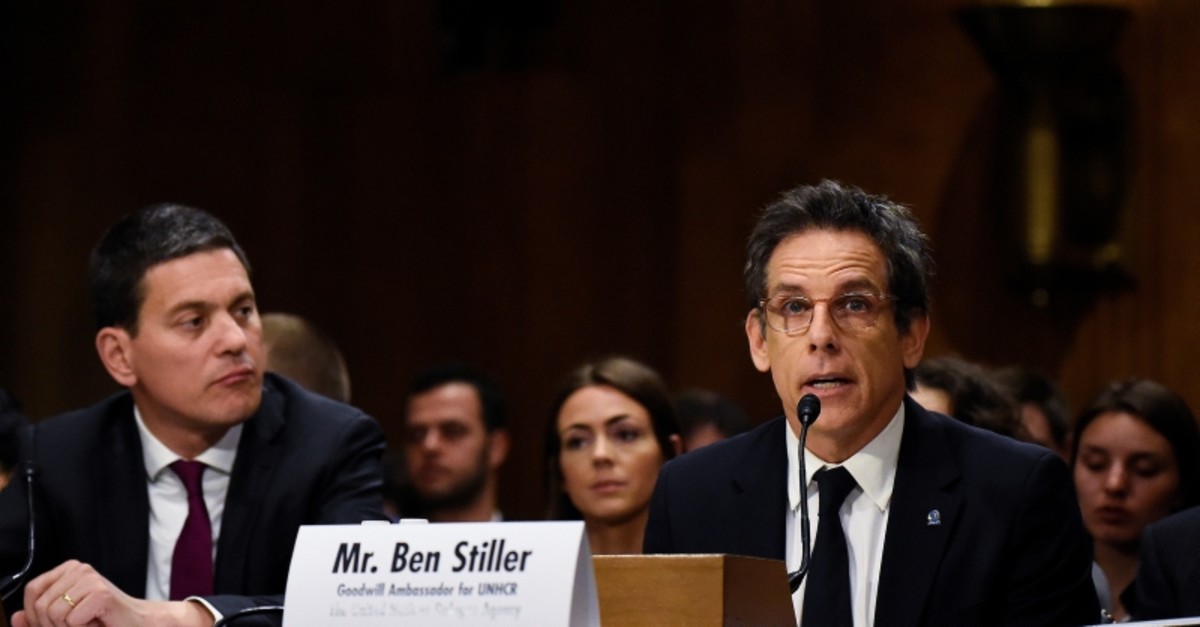 Actor and UNHCR Goodwill Ambassador Ben Stiller testify before the Senate Foreign Relations Committee at a hearing titled in Washington, D.C., U.S., May 1, 2019. (Reuters Photo)
by Anadolu Agency May 02, 2019 11:30 am

"Eight years into the crisis, we must not look away. We cannot let Syrian families go deeper into destitution and cannot let their children be part of a lost generation," Stiller told members of the Senate Foreign Relations Committee.

During his testimony, Stiller, who serves as the UNHCR's goodwill ambassador, described a Syrian family he met who were living in a refugee camp in Lebanon.

Their situation was so dire that a friend suggested they sell their baby in order to make ends meet and the husband even tried to sell his kidney on Facebook, Stiller recalled.

"I've tried to imagine how I would feel if caught in the middle of a conflict and unable to protect my children, if my son was at risk of forced recruitment or my daughter at risk of unimaginable violence," he said. "For me, it's not something I want to think about."

Syria has been locked in a vicious civil war since early 2011, when the Bashar al-Assad regime cracked down on pro-democracy protests.

An estimated 83% of Syrians live below the poverty line, according to the UNHCR.

Stiller said that while the situation in Syria is getting better, conditions need to be improved before refugees would be able to return to their country.

Last month, the U.S. announced an additional $397 million for Syrian relief efforts, part of which goes towards the UNHCR's work in helping Syrian refugees.

"The majority of Syrian refugees tell us that they want to go home one day, but most don't believe that such a return is possible right now," Stiller said.

"In order to fully assist those who return and monitor conditions, UNHCR and other humanitarian agencies need unhindered access to areas of return inside Syria."

Stiller was appointed goodwill ambassador for the U.N. Refugee Agency last July and has met with refugees in Guatemala, Germany, Jordan and Lebanon.