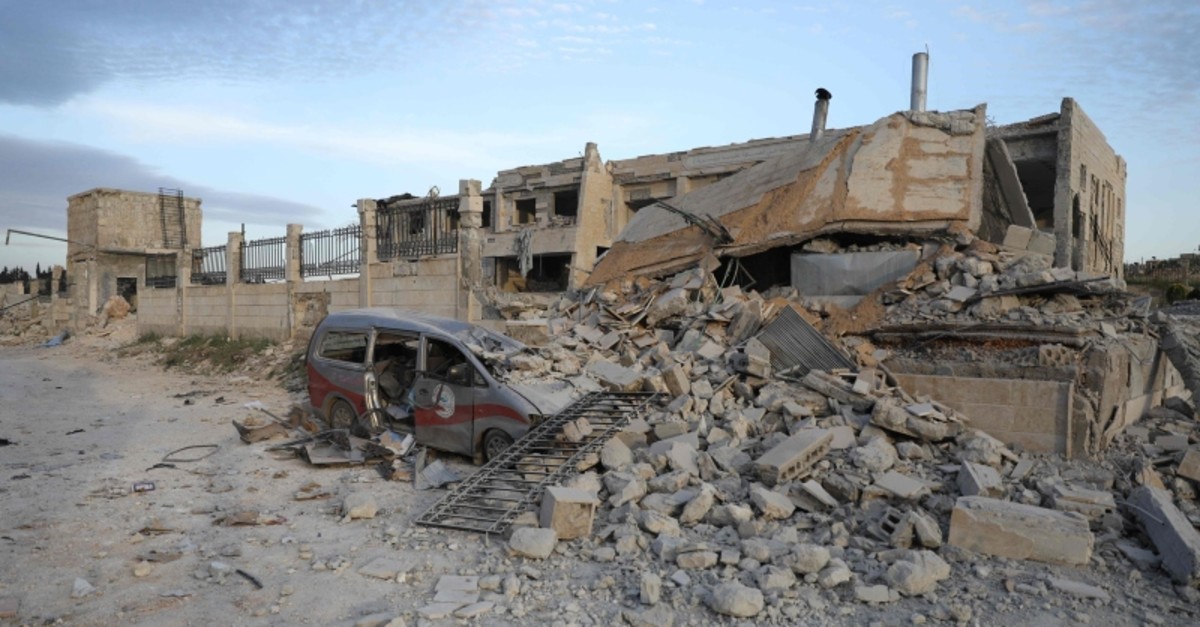 Airstrikes by Syrian regime ally Russia on Sunday forced the closure of two hospitals in the opposition-held Syrian province of Idlib, a war monitor said.

It came on a day that eight civilians were killed in bombardment by the regime and Russia across the northwestern province, said the Britain-based Syrian Observatory for Human Rights.

Idlib and other adjacent territories of Syria held by opposition groups have faced intensifying bombardment in the past month.

On Sunday airstrikes hit a hospital in Kafranbel and another located underground on the outskirts of Hass.

The raids were blamed on Russia by the Observatory.

An AFP cameraman filmed the two facilities hit by strikes.

"The hospital in Kafranbel is out of order. The patients were transferred to other facilities in the region," Observatory director Rami Abdel Rahman told AFP, adding one civilian was killed.

In Hass, airstrikes blamed on Russia halted services at an underground hospital, said Syria Relief and Development, a non-governmental organization that runs the facility.

"The hospital... is out of order because of the raids," said Ubaida Dandush, who works for the NGO.

The facility had been evacuated shortly before the bombardments, he said, thanks to alerts from a warning system set up to analyze the flight paths of warplanes.

Footage filmed by the AFP cameraman showed a white cloud rising over farmland where the hospital is located.

The Observatory said the facility had been put "out of service" because of "bombing by Russian aircraft."

The war monitor says it determines whose planes carried out strikes according to type, location, flight patterns and munitions.

On Sunday, the official news agency SANA reported the death of a civilian in a rocket attack by "terrorist groups" on a regime-held town near Idlib province.

A military source cited by SANA accused "terrorist organizations in Idlib of planning attacks" against government areas and army positions.

Idlib is under the administrative control of Hayat Tahrir al-Sham (HTS), which is dominated by a faction previously known as the Nusra Front, before it renounced ties to al-Qaida.

Late last month the United Nations condemned attacks in northwestern Syria that damaged a medical center and put two hospitals out of service.

Turkey and Russia in September inked a buffer zone deal to prevent a massive regime offensive on the Idlib region, near the Turkish border.