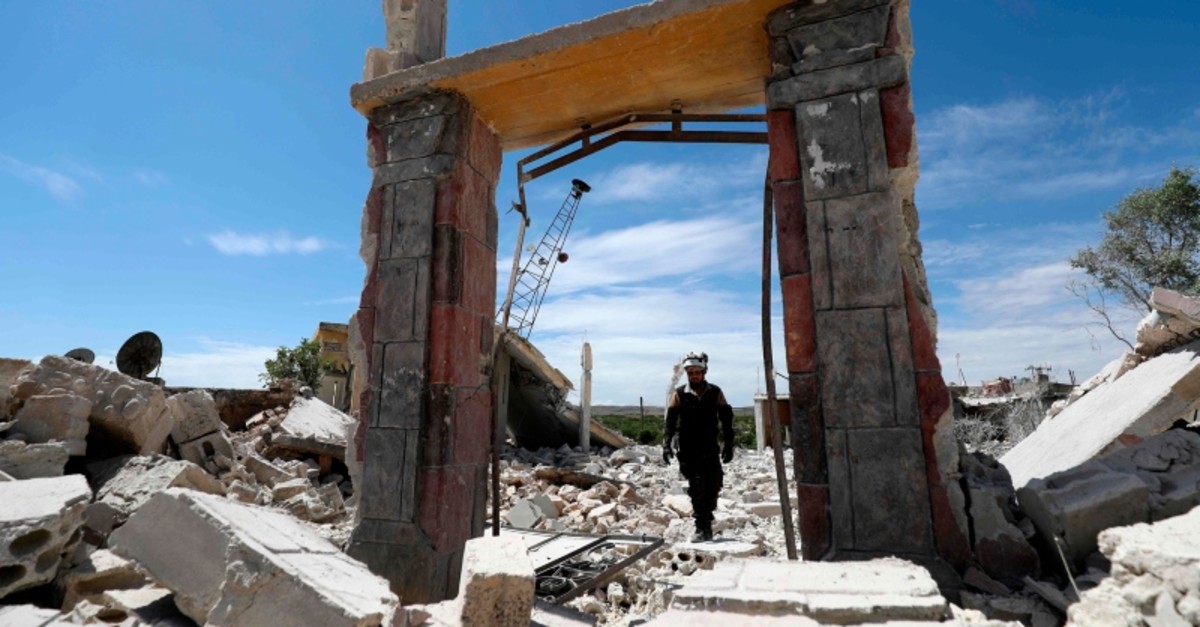 A member of the Syrian Civil Defense (White Helmets) inspects the rubble following shelling by Syrian regime forces and their allies on a the village of Maarit Sin in the countryside of the opposition-held Idlib province on May 11, 2019. (AFP Photo)
by Anadolu Agency May 12, 2019 8:16 pm

The Assad regime also carried out an artillery attack near Turkish observation point in Idlib de-escalation zone on Sunday, according to Anadolu Agency correspondents on the ground.

There was no damage at the observation point located in the Zawiya region, northwest of Hama.

It is one of 12 observation points set up by the Turkish Armed Forces in May 2018, following the ninth round of Astana Peace Talks.

As guarantor of the Syrian regime, Russia is responsible for preventing attacks by regime forces and Iranian-backed militias, who repeatedly violated last year's Sochi agreement that aimed to establish a demilitarized zone in Idlib.