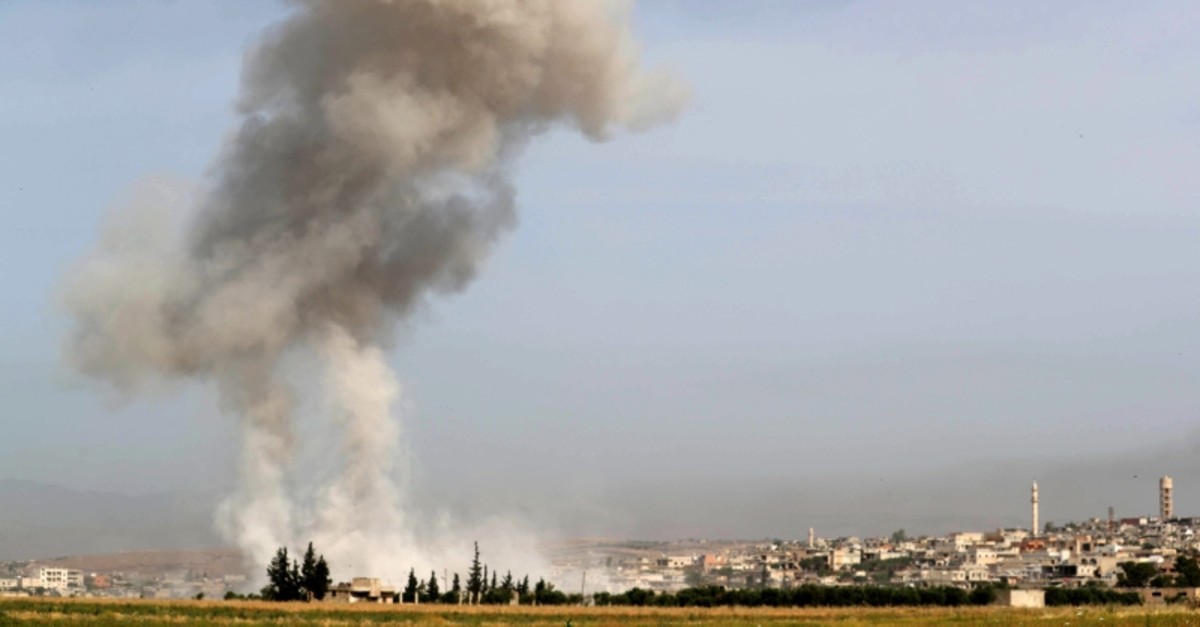 Smoke plumes billow following reported Assad regime forces' bombardment in the southern countryside of the largely opposition-controlled region of Idlib on May 24, 2019. (AFP Photo)
by Daily Sabah with AA May 26, 2019 12:35 pm

The overnight attacks targeted Idlib province's towns of Kafr Nabl and Khan Sheykhun as well as the villages of Armanaya, Fatterah, Tramla, Deir Sunbul, Hass and Hobait, the sources said.

The Sochi agreement was reached on Sept. 17, 2018 by President Erdoğan and Putin. According to the agreement the cease-fire in the Idlib region will be preserved, with the withdrawal of heavy arms and radicals from the region.

Following eight months of calm provided by the Sochi deal, the regime has intensified their attacks since April 26 under the pretext of fighting the Hayat Tahrir al-Sham (HTS) militants holed up inside Idlib.

The intermittent attacks and bombardment have killed, wounded and displaced thousands of people. Residential areas have been destroyed by indiscriminate attacks while numerous educational facilities, health facilities and residential areas collapsed or have become unusable after being targeted by bombs.

Syria has only just begun to emerge from a devastating conflict that began in early 2011 when the Bashar al-Assad regime cracked down on demonstrators with unexpected severity.