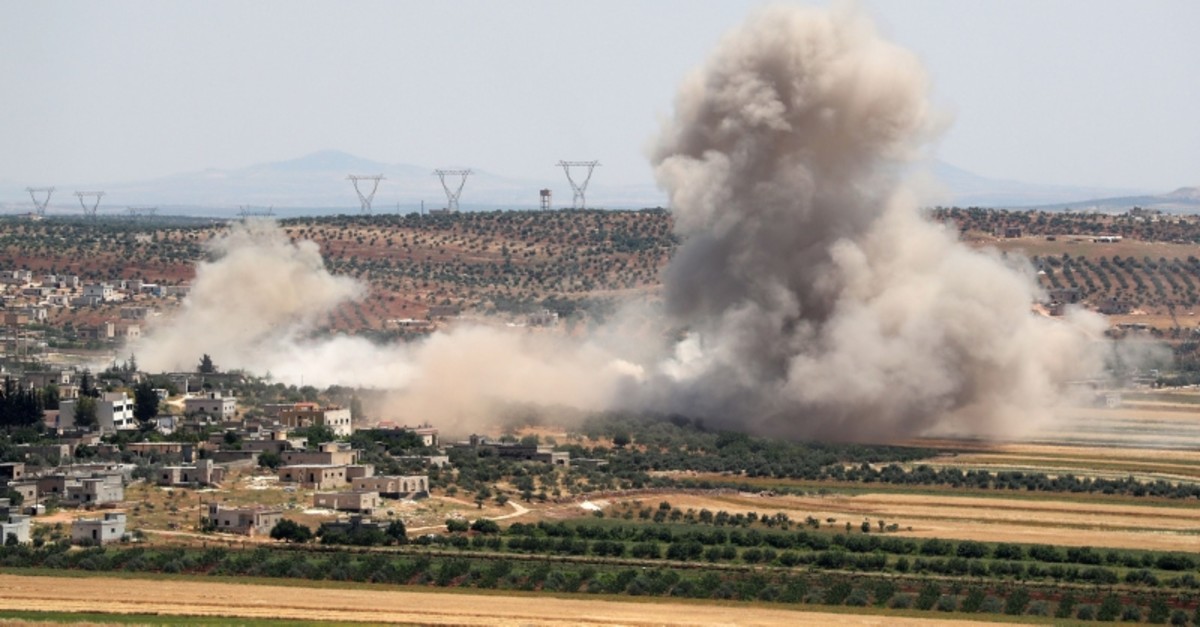 Attacks by the Assad regime and its allies left 17 civilians dead Monday -- and another 35 injured -- in opposition-held areas of Syria's northern Idlib province, according to the White Helmets civil-defense agency.

The Syrian regime and Iran-backed militia groups reportedly conducted several attacks -- both by air and by land -- in the districts of Khan Shaykhun, Khirbat Abidin, Ash Shaykh Mustafa, Muqayyar, Kafr Zayta and Ltamenah.

The civil-defense teams are concerned that the death toll may rise as the search and rescue efforts are ongoing.

Some 1.5 million people currently reside in Idlib, roughly half of whom have been displaced from other parts of the country.

The Syrian regime, however, has consistently broken the terms of the ceasefire, launching frequent attacks inside the de-escalation zone.