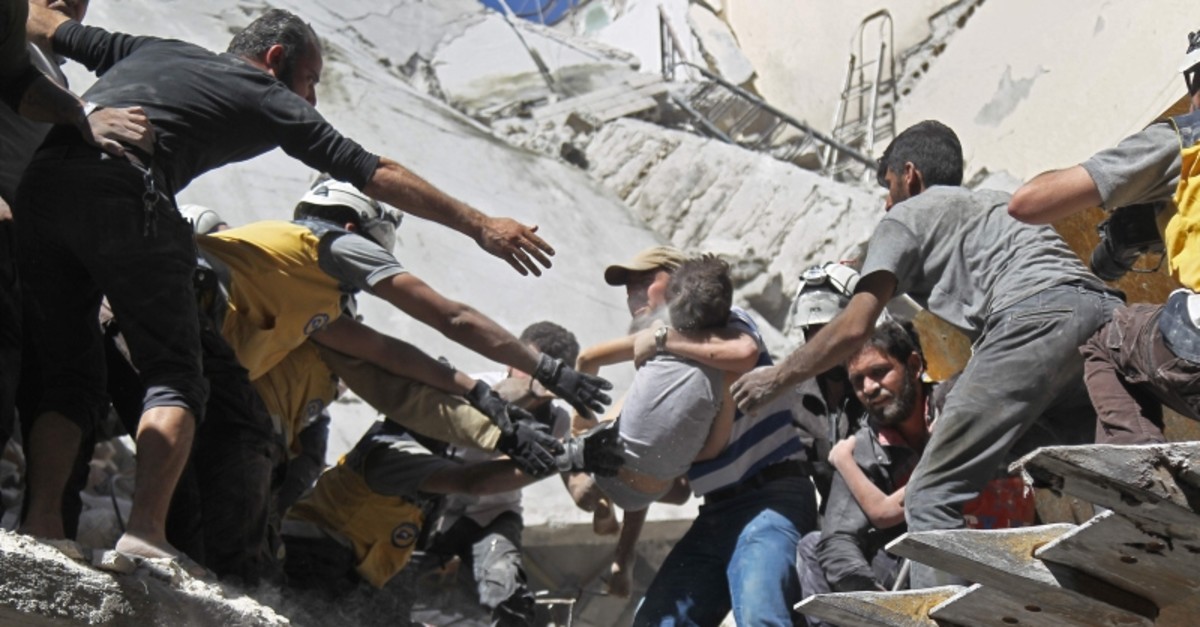 White Helmet volunteers and civilians rescue a child from the rubble of a building destroyed during an airstrike by the Assad regime forces and their allies in Ariha, southern Idlib province, Syria, May 27, 2019. (AFP Photo)
by Daily Sabah May 29, 2019 6:15 pm

Turkey is in close talks with Russia over the latest developments in northwestern Syria's Idlib province, which recently came under relentless attacks by the regime of Bashar Assad and its allies.

"We continue our contacts to stop this drama as soon as possible, to ensure the safety of people, reinstate the ceasefire and bring stability to the region," Defense Minister Hulusi Akar said Wednesday.

Akar stressed that Ankara expects Moscow to use its influence on the Assad regime to stop the ongoing onslaught that has killed hundreds of civilians in the opposition-held enclave in recent weeks.

He added that Turkey is continuing its efforts toward the de-escalation of violence in Idlib on the ground within the framework of agreements made in summits held at Nur-Sultan, previously called Astana, and Sochi.

The Assad regime's increased airstrikes and rocket fire since late April have killed more than 270 civilians, the Syrian Observatory for Human Rights has said.

At least 13 were killed on Wednesday alone, the Britain-based monitor added.

The spike in violence has also displaced some 270,000 people from their homes, knocked 19 hospitals out of service and damaged several more, the United Nations said.