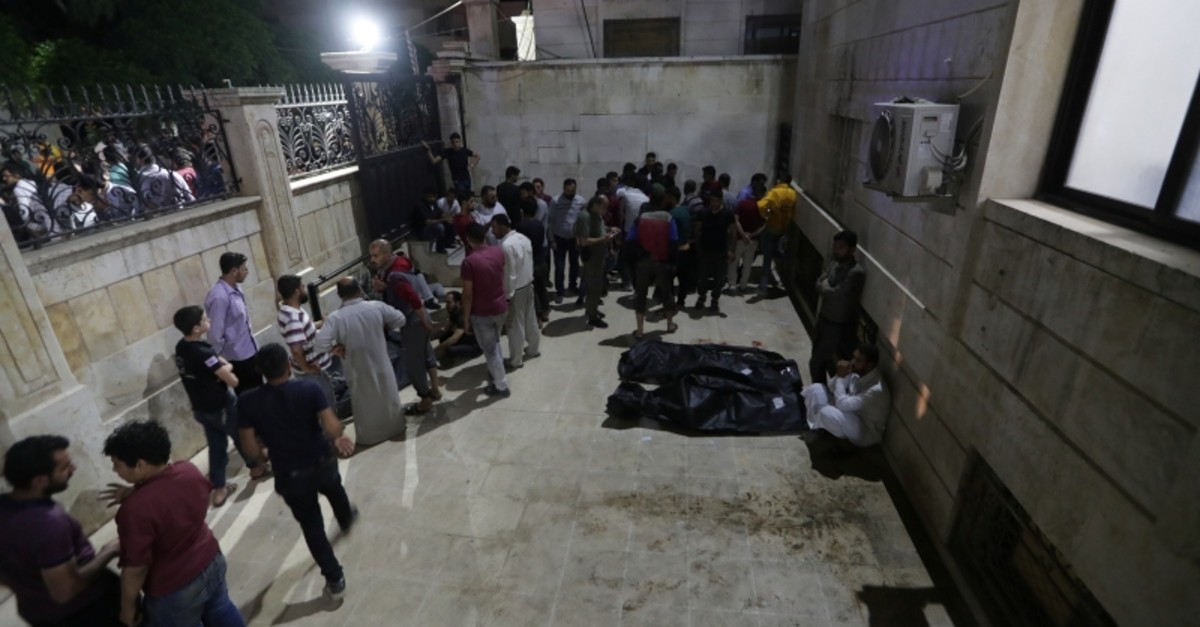 At least 22 people were killed Sunday in a car bomb near a bustling market and mosque in the northwestern Syrian city of Aziz near the Turkish border, a war monitor said.

Five children were among those killed in the explosion near a mosque in Azaz, a city in northern Aleppo province, said Rami Abdul Rahman, head of the Britain-based Syrian Observatory for Human Rights.

The attack also wounded more than 18 people, according to the Britain-based monitor.

The blast occurred after the iftar meal that breaks a daylong fast during the Muslim holy month of Ramadan.

Shoppers buying clothes and gifts ahead of the upcoming Eid al-Fitr holiday were among those killed, said Jihad Berro, a coroner at a local hospital.

He said the medical facility was crammed with victims and their relatives.

"The emergency rooms were full, we placed corpses on the floor," he said.

"It is a real catastrophe before the Eid al-Fitr holiday," which marks the end of the Muslim holy month of Ramadan, said Berro.

Resident Abu Youssef said the explosion struck near the entrance of a market in the center of the city.

"The damage is severe: at least six stores were burned, the storefronts of dozens of other stores were blown out," he told AFP.

The bombing comes one day after a similar explosion killed 10 people and wounded 20 in the northeastern city of Raqqa.

Azaz was one of the towns liberated from terrorists by Turkish Armed Forces in Operation Euphrates Shield in 2016.

In the last two years, Turkey's Euphrates Shield and Olive Branch operations liberated the northern Syrian region from the PKK-affiliated People's Protection Units (YPG) and Daesh terrorists, allowing hundreds of thousands of displaced civilians to return to their homes.

However, a number of liberated cities -- including Al-Bab, Jarablus, Azaz and Afrin -- remain subject to sporadic terrorist attacks from the nearby city of Tel Rifaat, which the YPG has occupied for over three years.