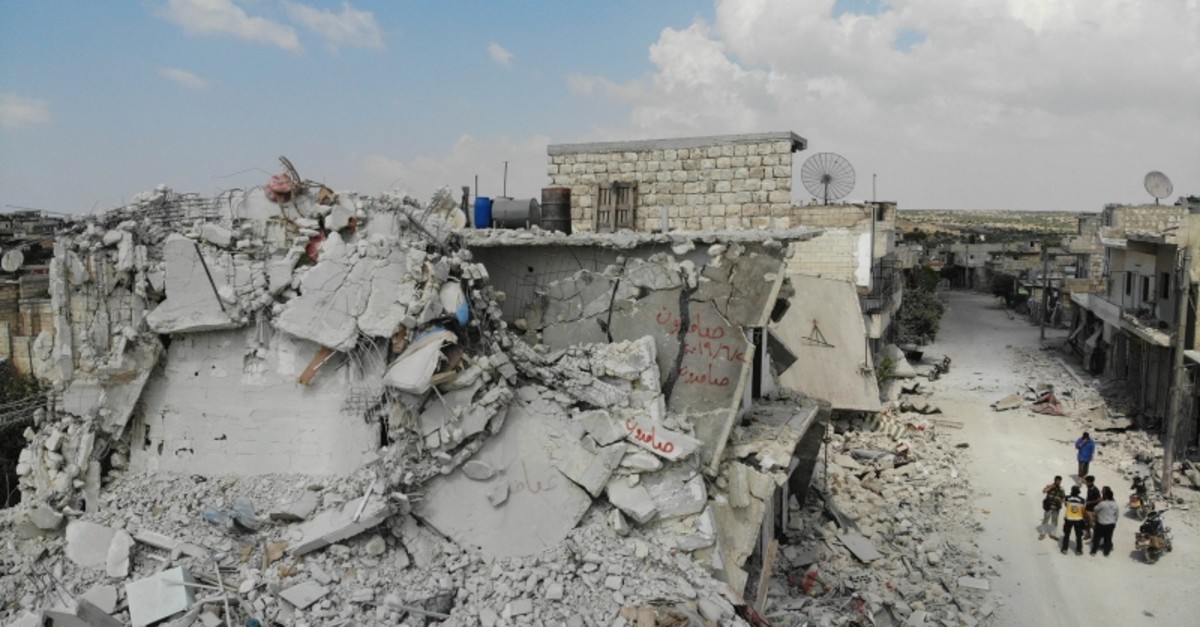 The U.N. humanitarian chief declared Tuesday that "a humanitarian disaster" is unfolding in Syria's last opposition-held territory where Bashar Assad's forces have launched an offensive, ending a cease-fire negotiated by Turkey and Russia in September.

Mark Lowcock told the Security Council that since Assad regime troops began pushing into Idlib on April 30 an estimated 330,000 people have been forced to flee their homes and more than 230 civilians have died.

Secretary-General Antonio Guterres appealed to Russia and Turkey to stabilize the situation in Idlib, home to over three million people, "without delay." He called the situation "especially dangerous given the involvement of an increased number of actors," and said civilians are again "paying a horrific price."

U.N. political chief Rosemary DiCarlo told that council that for Assad's close ally Russia, the presence in Idlib of radicals from the al-Qaida-linked Hayat Tahrir al-Sham, or HTS, "is not tolerable" and "for Turkey, time is required to effectively isolate and address HTS' most hardline fighters."

Russia's U.N. Ambassador Vassily Nebenzia said the September memorandum with Turkey "is being fully implemented," telling council members it "doesn't ban but rather encourages the fight against terrorism."

He stressed that all military activities are in response "to provocations from terrorists," saying HTS controls 99% of the Idlib de-escalation zone.

"We think that the issue is not that it's a humanitarian catastrophe," Nebenzia said. "It's clear that the issue is the desire to keep the territories that are not under Damascus' control for as long as possible regardless of who prevails in them."

Nebenzia said Idlib should ultimately return to regime control "and the terrorists there ... will have to be liquidated." And he added that fighting the spread of terrorists "is much more important than artificial stoking of tensions in the region, in the Persian Gulf."

Germany, Belgium and Kuwait asked for the humanitarian briefing on Idlib by Lowcock, and the United States asked for DiCarlo's political briefing.

Lowcock said the World Health Organization has confirmed that 26 health care facilities in northwestern Syria have been attacked since late April and stressed that attacking civilians and civilian installations like hospitals and schools is a violation of international law.

"A number of partners now feel that supplying geographical coordinates to be given to the warring parties effectively paints a target on their backs," he said. "Some have drawn the conclusion that hospital bombings are a deliberate tactic aimed to terrorize."

The U.S., Britain and many Western ambassadors echoed his concern.

Turkey's U.N. Ambassador Feridun Sinirlioğlu told the council that the "fight against terrorism can in no way justify these indiscriminate attacks."

Russia's Nebenzia said "we decisively reject any accusation of indiscriminate strikes" and told the council "we're not carrying out attacks against civilians." He added that terrorist fighters are using civilian infrastructure and civilians as human shielding.

On the political front, DiCarlo said political efforts "cannot move forward in an environment of open conflict" and U.N. efforts "will stall if Russia and Turkey cannot uphold the cease-fire agreement."

Turkey's Sinirlioğlu said the HTS problem needs to be addressed "with a more sophisticated and comprehensive long-term strategy, targeting its ideology and structure."

"Progress in the political process will be one of the key elements to this end," he said.

For over a year, the U.N. has been trying to form a committee to draft a new constitution for Syria, and Sinirlioğlu said finalizing an agreement is at a "critical stage."

Convening the committee "will be the first essential step of the international community's efforts towards a democratic Syria," he said.

But Sinirlioğlu said the Assad regime's attacks in Idlib are clearly aimed "at the collapse of the political process."

"If the Idlib de-escalation area cannot hold," he warned, "prospects for a viable political solution will diminish considerably."