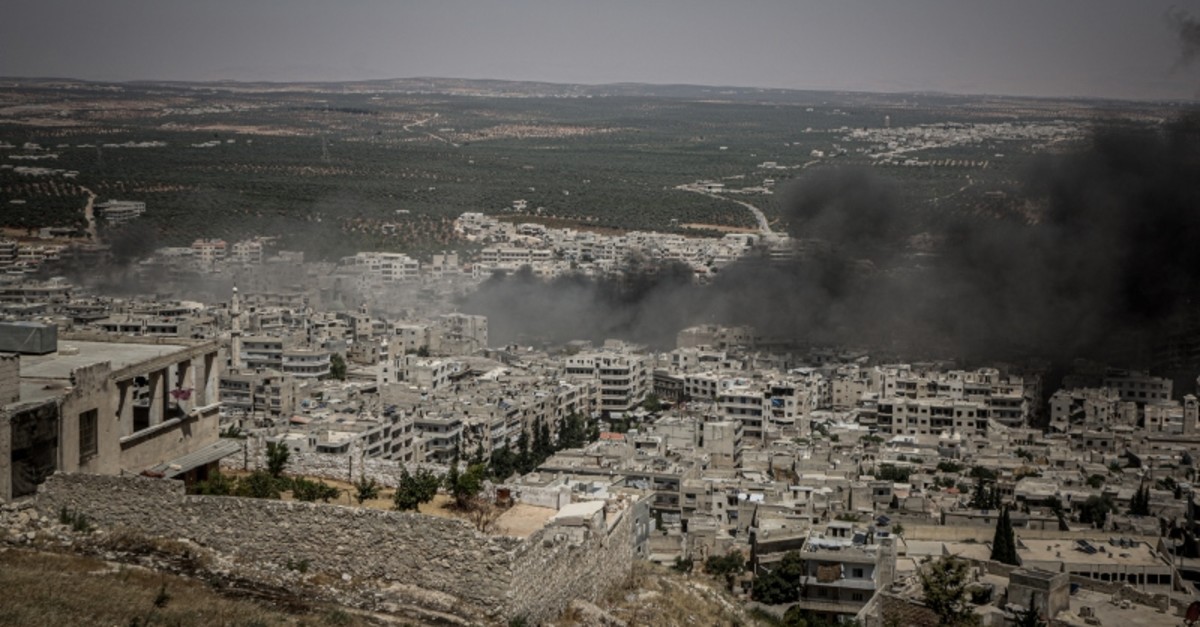 Media outlets close to the Assad regime troops have scored advances on the ground in the northwest, seizing a hilltop village and a nearby town from insurgents.

The advances in the northern Hama countryside just south of Idlib province are the first in weeks, breaking a stalemate in the regime forces' offensive against the country's last rebel stronghold.

Syria's Central Military Media say troops captured the Tal Malah village and the nearby town of Jibeen on Monday after fierce confrontations with militants entrenched in the area.

The Syrian Observatory for Human Rights reported the advances, saying the troops were able to seize the territory after militant groups withdrew, following intense air and ground shelling.

The area has changed hands several times in the past weeks in the offensive which began late April.

A rebel commander in the area confirmed opposition fighters had withdrawn from Jibeen after heavy bombardment.

The pro-regime al-Watan newspaper said the Syrian army had advanced in the area as Syrian and Russian warplanes targeted militant positions and after several days of preparatory fire.

Meanwhile, at least seven civilians were killed in Syrian and Russian air strikes targeting Kafr Zita town center and Latmeen village located near the area where clashes are taking place.

More than 400 civilians have been confirmed killed in the escalation of violence in northwestern Syria over the last three months and more than 440,000 displaced, the U.N. Office for the Coordination of Humanitarian Affairs said last week.

Ongoing shelling and air strikes included the use of "indiscriminate weapons, such as barrel bombs", it said. The use of these weapons, which are dropped from helicopters, by the Syrian regime forces has been widely recorded in the eight-year conflict.

The targeted area is part of the last major foothold of the rebellion against Bashar al-Assad, who has vowed to take back "every inch" of Syria. However, his side has failed to make significant gains during the latest campaign.

The Idlib area of the northwest is dominated by Tahrir al-Sham, the terrorist group formerly known as the Nusra Front. It is proscribed as a terrorist group by the U.N. Security Council. Groups backed by Turkey also have a presence in the area.

The regime has described its operations as a response to militant violations of ceasefire agreements.

Turkey and Russia agreed last September to turn Idlib into a de-escalation zone in which acts of aggression are expressly prohibited. The Syrian regime, however, has consistently broken the terms of the cease-fire, launching frequent attacks inside the de-escalation zone.

In the Syrian regime's airstrike campaign, backed by ally Russia, warplanes have targeted medical centers, water plants and residential areas, in what the U.N. and rights groups call a deliberate campaign that amounts to war crimes.

Most of the civilians living in the rebel stronghold have already been displaced by other bouts of violence, and have chosen not to live in regime-captured areas.

Over the last three years, the regime regained control of most of the territories that were initially seized by the opposition in the early days of the civil conflict — now in its 9th year.

Those military victories, backed by Russian airpower and Iranian-backed militias on the ground, followed intense military campaigns and tight sieges that forced those opposed to surrender and move north.