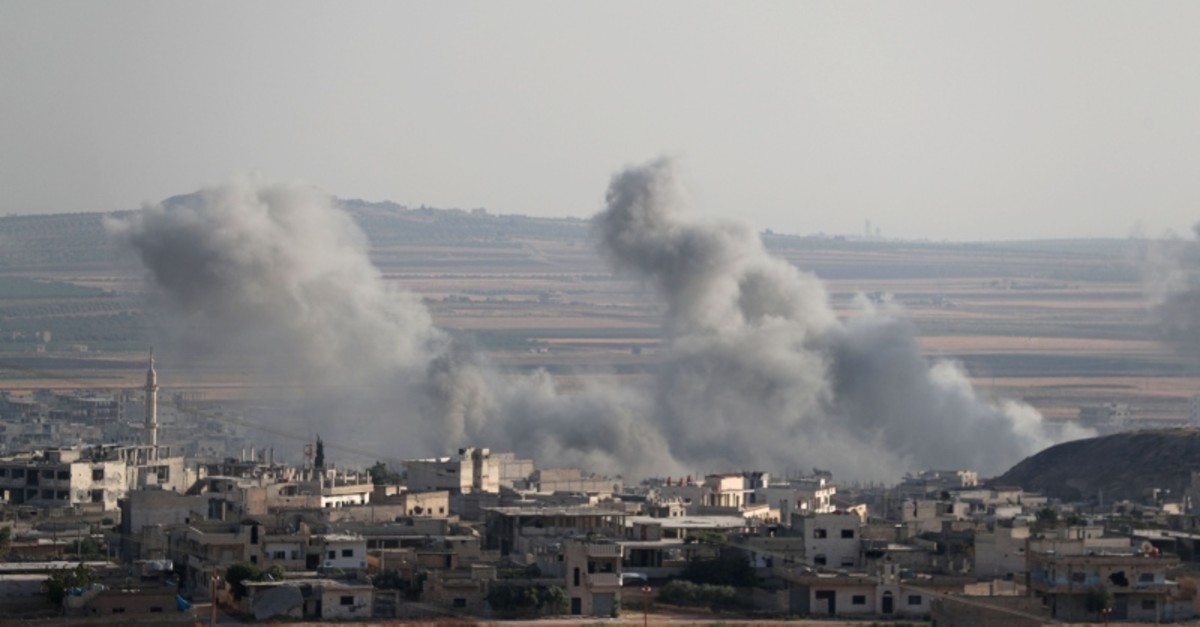 This picture taken on Aug. 5, 2019, shows smoke billowing above buildings during a reported air strike by pro-regime forces on Khan Sheikhun in the south of the northwestern Syrian province of Idlib. (AFP Photo)
by Daily Sabah with AA Aug 09, 2019 12:16 am
At least four civilians were killed in Russian airstrikes Thursday in a de-escalation zone in northwestern Syria, according to sources with the White Helmets civil defense agency.

Three people were killed in the Khan Sheikhoun district of Idlib, and one in Latmeen village in Hama's countryside, sources said.

A brief truce announced by the regime last Thursday, but it resumed military airstrikes on Idlib province on Monday. The regime accused opposition groups of targeting an airbase of its ally, Russia, and scrapped the cease-fire in the region.

Last year, the Sochi agreement was reached on Sept. 17 by President Recep Tayyip Erdoğan and his Russian counterpart Vladimir Putin. According to the agreement, the cease-fire in the Idlib region will be preserved, with the withdrawal of heavy arms and radicals from the region. However, even though the region of Idlib was declared a de-escalation zone, the attacks of the Syrian regime and Russia continued unceasingly on the last opposition stronghold, leading to deaths as well as the displacement of hundreds of thousands of people.

The de-escalation zone is currently inhabited by about 4 million civilians, including hundreds of thousands of people displaced by the regime forces from cities and towns throughout the war-weary country in recent years.