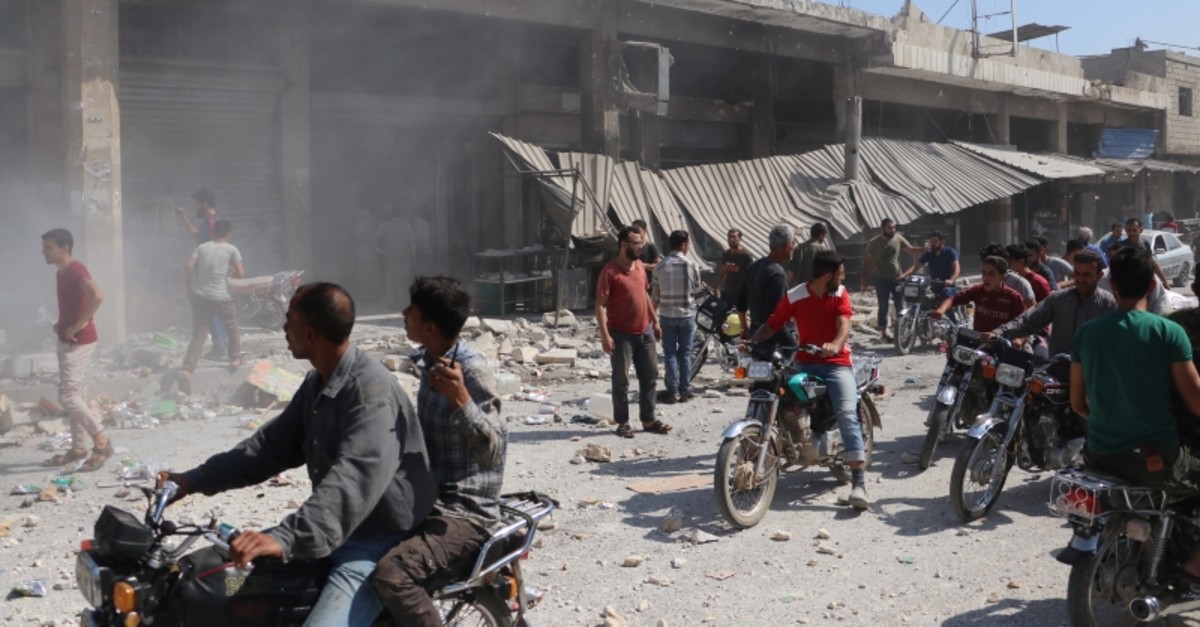 Five civilians were killed and 10 others wounded Wednesday in airstrikes by the regime of Bashar Assad and Russia in northwestern Syria's Idlib, where a ceasefire is supposed to be in effect, the White Helmets civil defense agency said.

The airstrikes hit a hospital in the town of Tel Mannas, knocking it out of service and killing a medical staff.

Two people were killed in the town of Bashiriyya and one each in the towns of Tukh and Maarshiman in the Idlib de-escalation zone.

An Assad regime military offensive began April 30 against the opposition in Idlib, home to 3 million people. More than half a million have been displaced by violence elsewhere.

Earlier this month, U.N. Secretary-General Antonio Guterres authorized an investigation into attacks on health facilities and schools in the opposition-held enclave, following a petition from Security Council members.

Last September, Turkey and Russia agreed to turn Idlib into a de-escalation zone where acts of aggression are expressly prohibited.

The regime and its allies, however, have consistently broken the terms of the ceasefire, launching frequent attacks inside the zone.