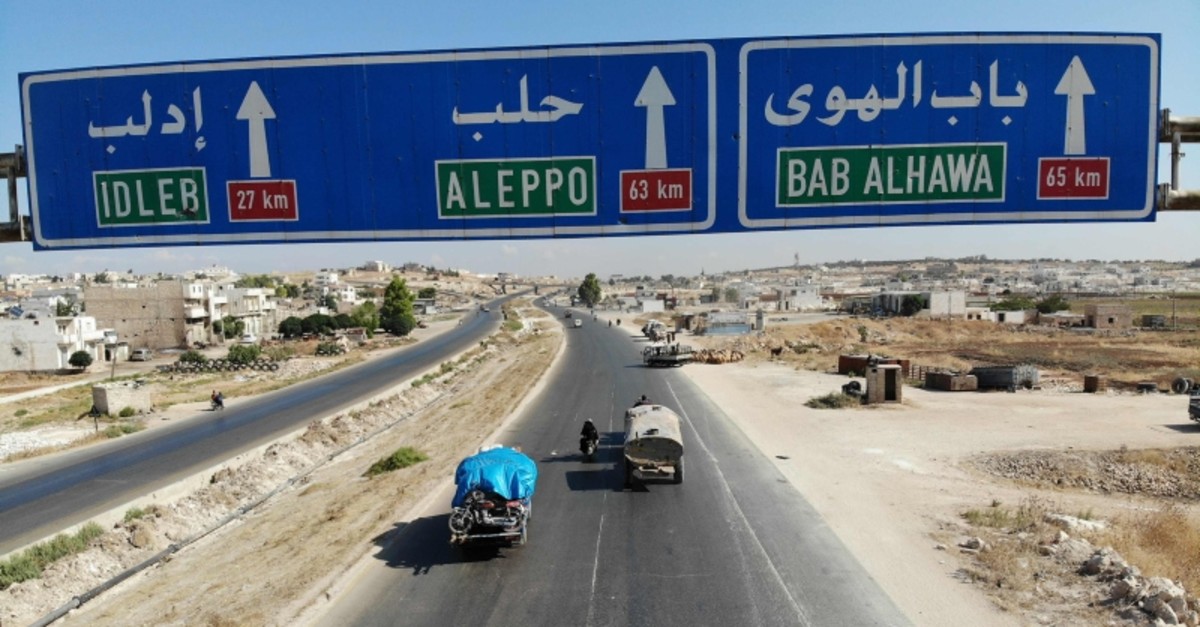 Assad regime's Foreign Ministry says a "humanitarian corridor" has been opened so that Syrian civilians in a besieged, rebel-held area in the north of Hama province can leave.

The ministry said in a statement on Thursday that the corridor was opened in the village of Soran, on the southern edge of the rebel-held area in Idlib province, which regime troops have laid siege on the day before through the capture of Khan Sheikhoun town.

The besieged area is home to tens of thousands of civilians, as well as insurgents and Turkish troops based in the ninth observation post near the town of Morek. Since a deal with Russia last year, Turkey has maintained 12 such posts in and around Idlib province.

Regime and Russian bombardment in the region has killed hundreds since late April, with the Britain-based Syrian Observatory for Human Rights putting the death toll at 890. More than 400,000 more have left their homes, the United Nations says.

Damascus has opened such corridors out of other rebel bastions in the past as a prelude to retaking them either by force or through negotiated surrenders.

The recent rapid advance by the regime forces in the country's northwestern region marks a major blow for insurgents in their last remaining stronghold in Idlib.

The Idlib region has been ruled since January by the Hayat Tahrir al-Sham terrorist group, which is led by Syria's former Al-Qaeda affiliate. There are also moderate groups active in the region.

The regime refers to all rebel groups in Idlib as "terrorists."

The region of some three million people was supposed to be protected by a proposed buffer zone agreed by Moscow and Ankara last September.