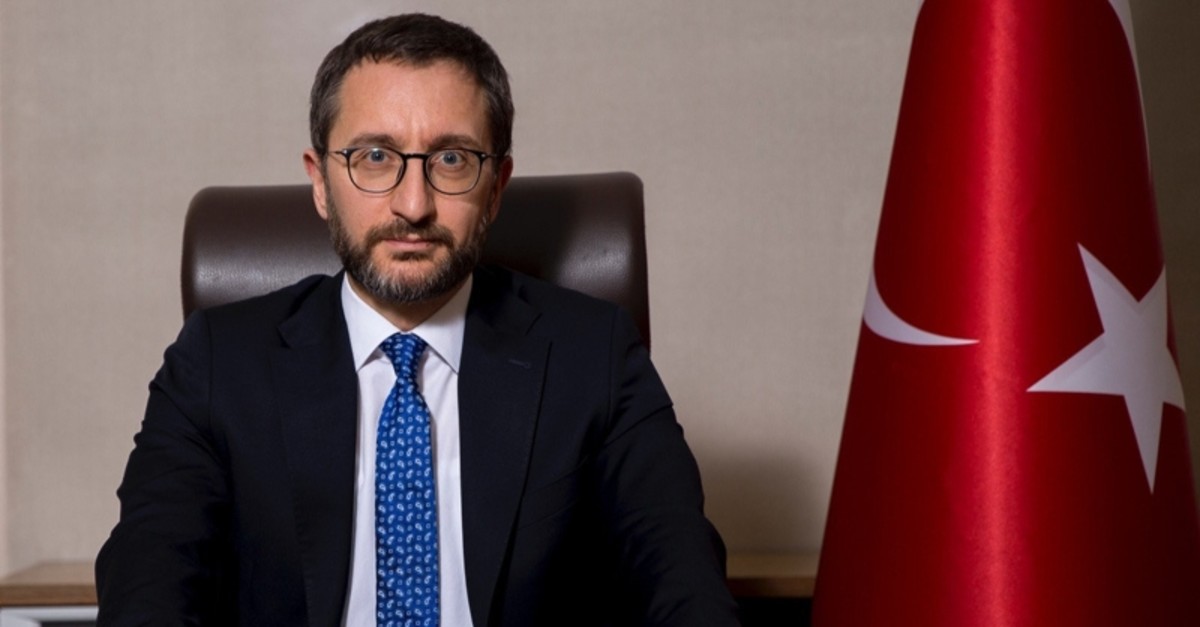 "The idea that Turkey, which has granted citizenship to some 102,000 Syrians and delivered $40 billion worth of goods and services to the Syrian civil war's victims, would deport Syrian refugees is preposterous," Fahrettin Altun wrote Friday in an article about Turkey's policy on the Syrian refugees.

Altun rejected the claims that Turkey is attempting to "sidestep international obligations to protect" Syrian refugees and is deporting Syrians and described them as "compelling" and "misleading."

"Doing so would run counter to international agreements and national laws," Altun said.

Underlining that no fewer than 70,000 new refugees have been admitted in 2019 alone, Altun said: "Turkey remains committed to its open-door policy."

Altun also reminded that Turkey has admitted approximately 3.6 million Syrian refugees—compared with 1.4 million in Jordan and just 18,000 in the U.S.

"Once registered with the authorities, those individuals are entitled to public services, including free health care and education," Altun said.

However, to facilitate the delivery of such services, Turkey has required all refugees to reside in the province where they initially registered, Altun stressed.

"Because some Syrians relocated within the country without notifying the authorities, the Turkish government launched an initiative in early 2017 to update records and achieve a more balanced distribution of asylum-seekers across the country," he said.

On the ongoing action in Istanbul against irregular migration, Altun said: "This measure is intended to ensure the uninterrupted delivery of public services to the refugee community and enforce the long-existing rules that have enabled Turkey's extraordinary response to the Syrian civil war."

Altun's article came as Turkey extended a deadline until Oct. 30 for unregistered Syrians in Istanbul to leave the city and to go to the provinces, where they were first registered.

Those under the temporary protection "must be settled" in cities where they were officially registered, Soylu said.

Refugees who resided in Istanbul despite not being registered there, on the other hand, will be referred to camps if they failed to leave the province by Aug. 30, Soylu added.

"Instead of assigning blame to those who are not at fault, governments and human rights organizations should be promoting international cooperation to find a political solution and address the root causes of irregular migration," he said.

Syria has been locked in a vicious civil war since early 2011, when the Bashar al-Assad regime cracked down on pro-democracy protests.

Turkey has been the main route for refugees trying to cross to Europe since 2011, when the civil war in Syria began.