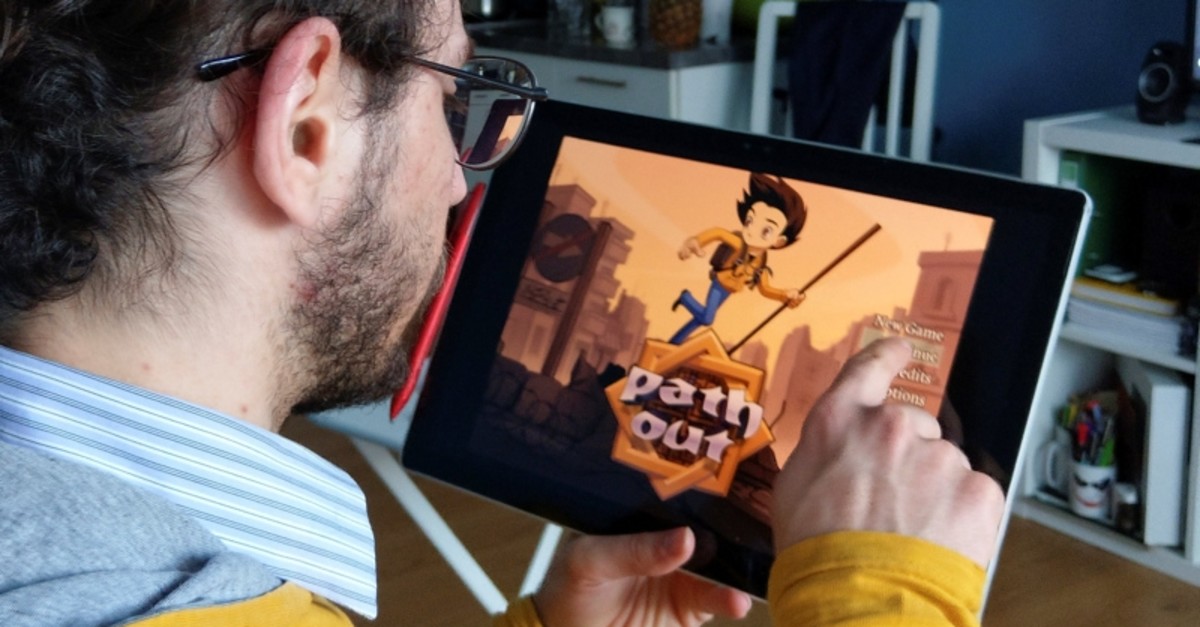 A German video game company has created an autobiographical adventure game based on a true story: the journey of a young Syrian refugee who fled his hometown during the bloody civil war in Syria and took refuge in Austria after crossing the Turkish border to make his way through Europe.

The game called "Path Out", which was produced by the co-founder of Causa Creations Georg Hobmeier, allows the gamer to 'relive' the real-life experiences of Abdullah Adnan Karam, a young Syrian graphic designer who escaped Syria in 2014.

The story starts before the war, letting players move Karam through his home, meeting friends and relatives, before the scene degenerates into a battlefield.

During the game, the player gets involved in various scenarios and gets assigned numerous tasks based on real events Abdullah Karam lived through on his way from his hometown Hama to war-torn Aleppo and then trekking to the Turkish border. The game continues in several episodes where the player goes on a journey from Turkey to Greece and the Balkans to Central Europe, which is Karam's final destination.

The player comes face to face with serious challenges such as fleeing from soldiers, minefields or Daesh terrorists while trying not to be killed.

Karam, who is also the visual designer of the game, said in a promotional video that he was an ordinary child who went to school, listened to music and played computer games before the war.

"Suddenly, my life changed and I met soldiers, warriors, and crossed minefields. This game is my life," he said.

The Germany-based video game company was founded in 2014 to produce independent games and raise awareness about social justice issues.