More than 1,000 civilians killed by Regime strikes in Idlib in 4 months, UN says 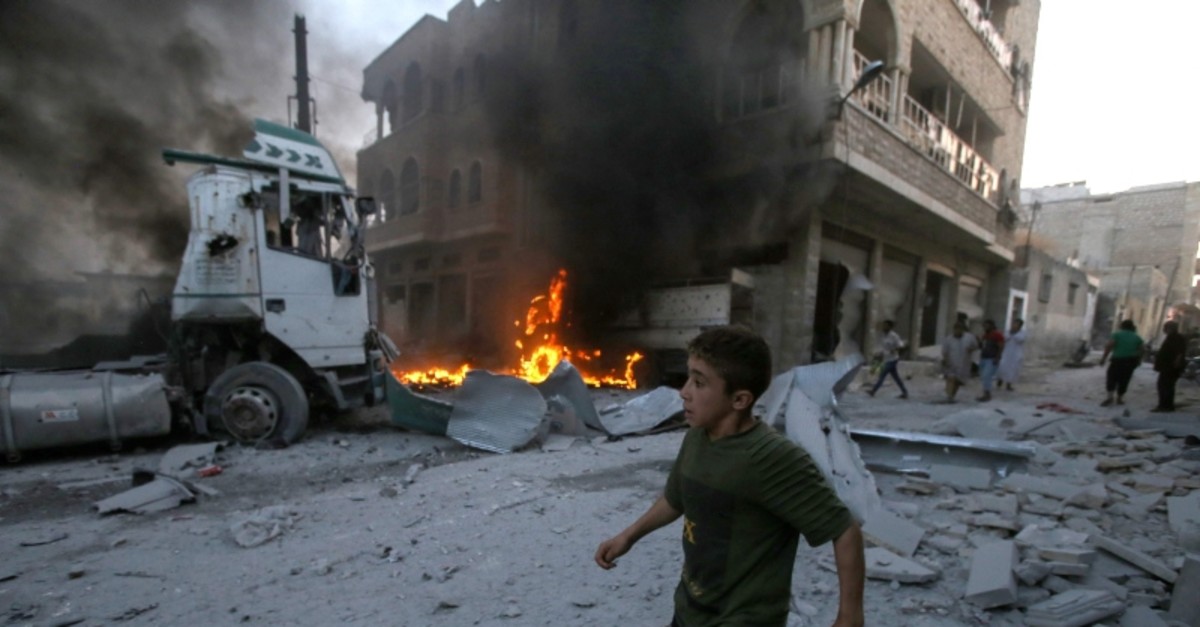 A young boy runs past a fire started in a building following a reported airstrike by Assad regime forces in the town of Maaret al-Numan in Syria's northwestern Idlib province on August 28, 2019. (AFP Photo)
by Associated Press Sep 04, 2019 6:58 pm

More than 1,000 civilians were killed in and around of the Idlib demilitarized zone in northwestern Syria in the last four months, a U.N. official said Wednesday

U.N. High Commissioner for Human Rights Michelle Bachelet said her office has managed to verify that 1,089 civilians were killed between April 29 and Aug. 29.

Bachelet said 572 of these civilians were men, 213 were women and 304 were children.

She said the airstrikes and ground-based strikes of Bashar al-Assad regime and its allies are responsible for nearly all of these killings.

Bachelet said since April 29, 51 medical facilities have also been damaged as a result of the attacks.

"I should not need to emphasize that these figures are appalling, shameful and deeply tragic," she said.

Bachelet added that she appeals to all parties to the conflict and powerful states with influence to put aside political differences and hold the carnage.

Under the deal, opposition groups in Idlib would remain in areas where they were already present, while Russia and Turkey would carry out joint patrols in the area to prevent a resumption of fighting.