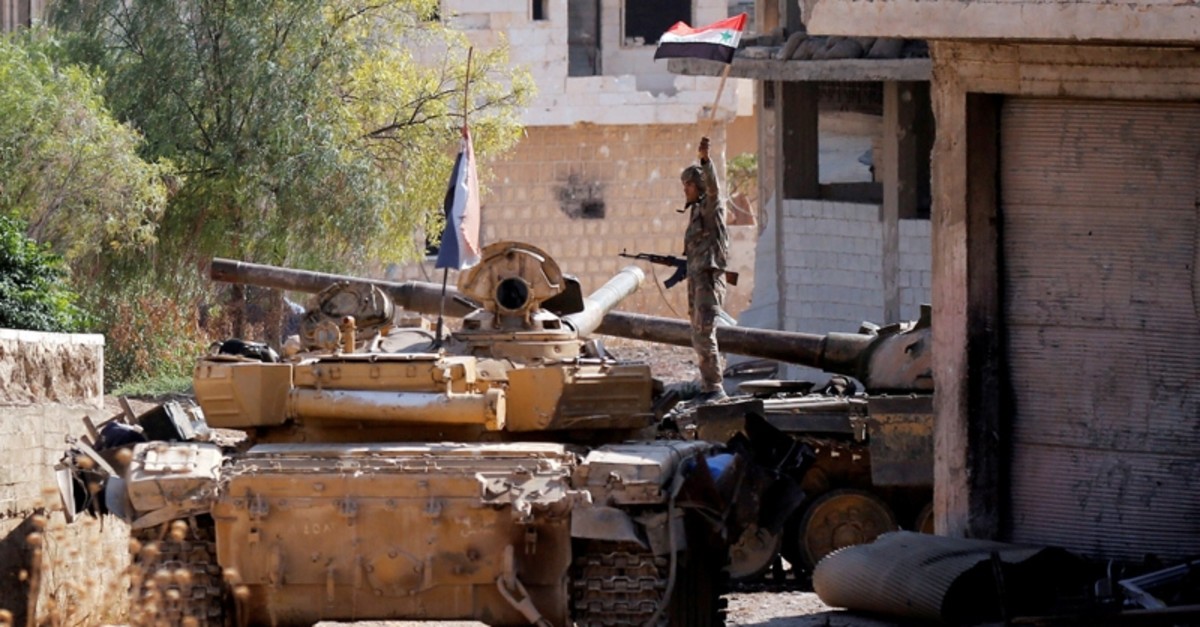 Troops loyal to the regime of Bashar Assad shelled the south of Syria's Idlib province Sunday, according to rescuers and residents in the opposition stronghold where a ceasefire had halted a fierce army offensive two weeks ago.

Artillery fire battered Maarat al-Numan town and nearby villages in the south Idlib countryside over the past two days, after warplanes struck there Thursday.

An opposition official said fighters were on high alert and had reinforced the frontline.

"We are responding directly by targeting the positions from where the shells are fired," said Naji Mustafa of the National Liberation Front insurgent force.

Syria's northwest corner, including the Idlib region, is the last major chunk of territory still in the opposition hands after more than eight years of war.

The ceasefire the regime declared on Aug. 31 brought a lull in air strikes, after a five-month offensive which the United Nations says killed hundreds of people.

The Assad regime and its key ally Moscow have said they were responding to attacks by militants formerly linked to al-Qaida.

President Recep Tayyip Erdoğan will host the presidents of Russia and Iran on Monday. Talks will focus on securing an Idlib truce, asserting control over terrorists there, and preventing a fresh refugee wave into Turkey.

In early August, another ceasefire had collapsed within three days, after which the regime pressed its offensive and advanced along a main highway.

A senior Assad adviser, Bouthaina Shaaban, described the ceasefire this month as a temporary means to serve the strategy of "liberating every inch" of the country.

Syrian state TV said Sunday that troops had opened a corridor for residents who want to cross out of insurgent territory in Idlib towards army lines. It accused militants of preventing people from leaving.

Ankara, which backs some rebel factions in northwest Syria, brokered a "de-escalation" deal with Russia in 2017 that sought to curb fighting in Idlib. It does not cover extremist militants.

Under its deals with Russia and Iran, Turkey's military also has a dozen posts in the Idlib region, which had come in the firing line during the latest regime advance.