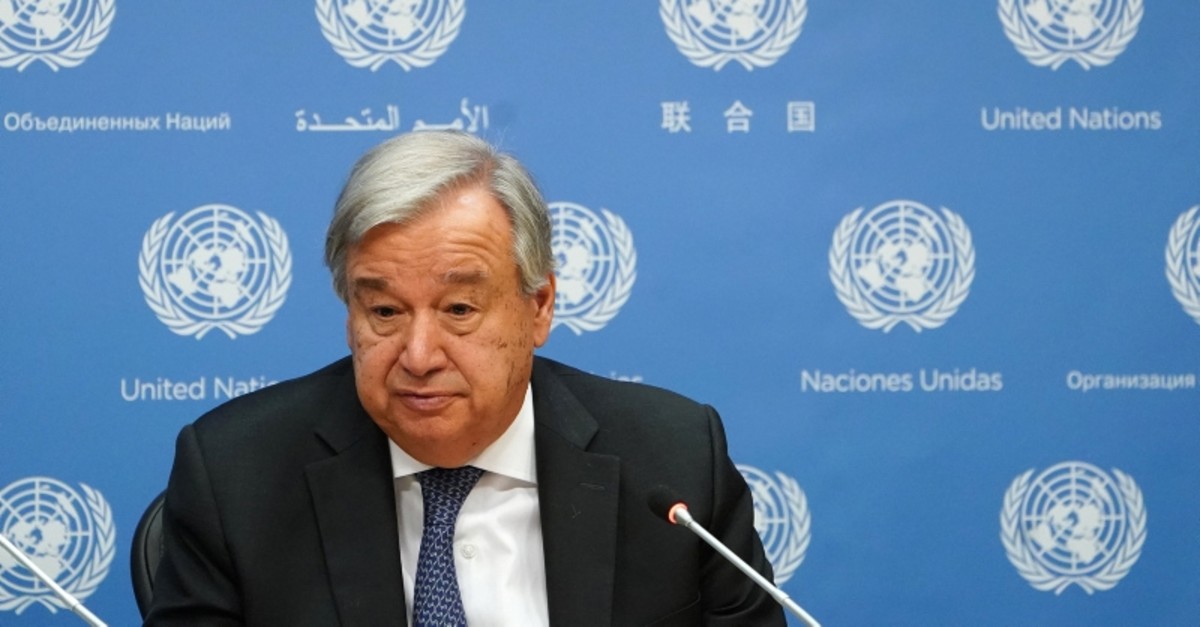 United Nations Secretary-General Antonio Guterres announced on Monday the formation of a constitutional committee for Syria, a long-awaited step in a stalled peace process.

"I am pleased to announce the agreement of the Government of the Syrian Arab Republic and the Syrian Negotiations Commission for a credible, balanced and inclusive Constitutional Committee that will be facilitated by the U.N. in Geneva," Guterres told reporters amid the 74th General Assembly in New York.

He said the committee would be convened in the coming weeks.

"The constitutional committee's launch and work must be accompanied by concrete actions to build trust and confidence as my Special Envoy discharges his mandate to facilitate a broader political process forward," Guterres said, thanking Turkey, Russia and Iran for diplomatic efforts to form the group.

At a summit on Syria with Russian and Iran hosted by Turkey earlier this month, Turkish President Recep Tayyip Erdoğan said the participants would urge the constitutional committee to begin work as soon as possible.

Syria has been gripped by conflict since 2011 when demonstrations seeking democratic reforms were fiercely cracked down on by the Syrian regime.

More than half a million people have died in the ensuing conflict and millions more have been displaced as large swaths of Syria have been reduced to rubble.