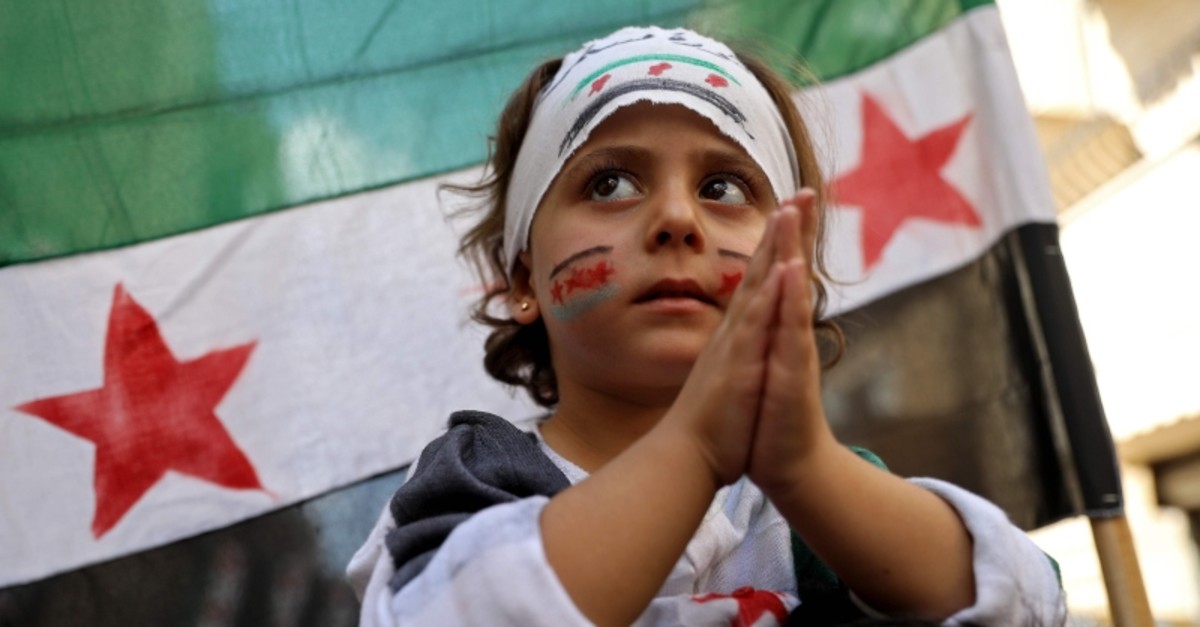 A Syrian girl claps as she takes part in a protest against the regime in the town of Kafr Takharim Syria's northwestern Idlib governorate on Sept. 27, 2019. (AP Photo)
by Daily Sabah with DPA Sep 28, 2019 1:12 am

The newly established Syrian constitutional committee is preparing to meet on Oct. 30 in Geneva, Switzerland, nearly eight years into the nation's devastating war.

The committee is to be made of 150 members, with 50 regime delegates, 50 opposition members and 50 civil society members chosen by the U.N. envoy to Syria.

From the 150 members of the committee 45 members will be appointed to a smaller committee in equal proportions of regime, opposition and U.N.-appointed members.

The smaller body will draft the constitutional proposals, with the proposals requiring support by at least three-quarters of the larger body.

The regime's Foreign Minister Walid al-Moallem issued a number of demands of the committee, including no preconditions or timelines, during his speech before the U.N. General Assembly on Saturday.

U.N. Secretary-General Antonio Guterres announced the formation of the constitutional committee on Monday at the U.N. General Assembly.

The launch of a process for a new constitution and the formation of the committee started at a conference in Russia in January 2018. Agreeing on the full list of members has taken over 18 months.

At a summit on Syria with Russian and Iran hosted by Turkey earlier this month, Turkish President Recep Tayyip Erdoğan said the participants would urge the constitutional committee to begin work as soon as possible.

Syria has been locked in a vicious civil war since early 2011, when the Bashar Assad regime cracked down on pro-democracy protests with unexpected ferocity. Since then, hundreds of thousands of people have been killed and more than 10 million others displaced, according to U.N. numbers.