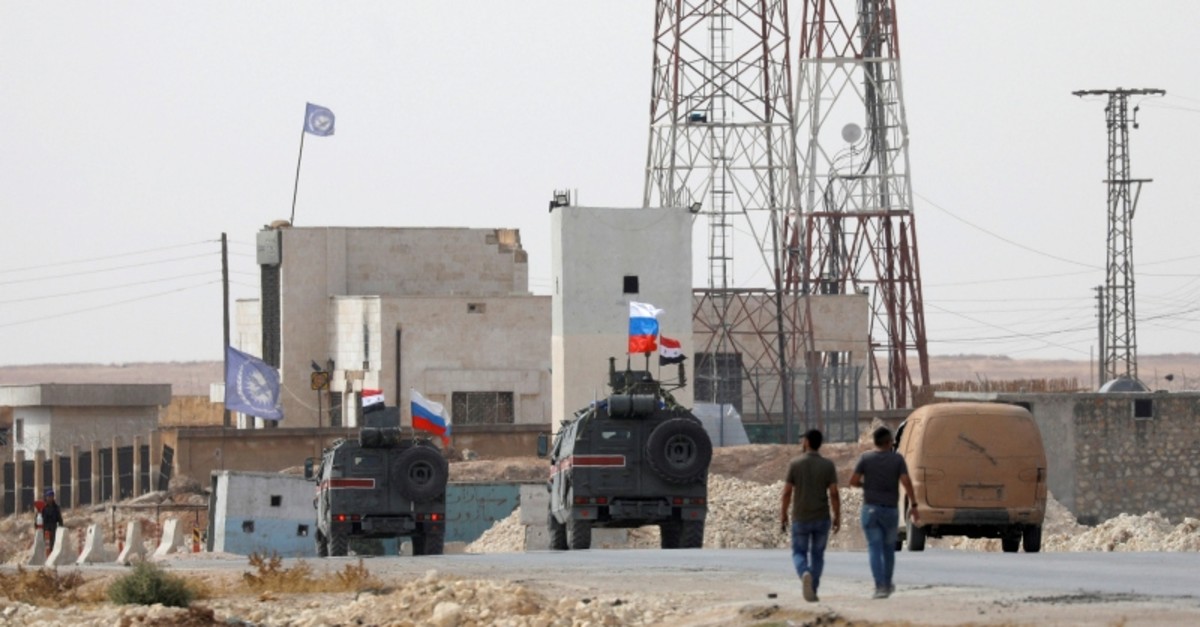 Russian forces crossed the Euphrates River in Syria and headed for the border with Turkey, state media said Wednesday, under a deal for the withdrawal of People's Protection Units (YPG) terrorists.

Russian media quoted the Defense Ministry as saying the convoy of Russian military police had crossed the river at noon (0900 GMT) and "advanced toward the Syrian-Turkish border."

Meanwhile, the Russian foreign ministry said Turkish forces will not be deployed in Syria's Ayn al-Arab and Manbij in line with joint Russia-Turkey memorandum, adding that there is no need for a safe zone in northeastern Syria under international control.

Patrols had begun in the northeast of the city of Manbij and a convoy of Russian troops arrived in the town of Ayn al-Arab (Kobani).

Under the deal, Russia and forces loyal to regime of Bashar Assad were to move to ensure that the terrorists pull back 30 kilometers (20 miles) from the border as of noon Wednesday.

The deal gives the Russian troops and Assad's army control over the rest of the Syria-Turkey frontier.

Ankara and Moscow also agreed to conduct joint patrols in the area 10 kilometers into Syrian territory from Turkey, excluding the city of Qamishli.