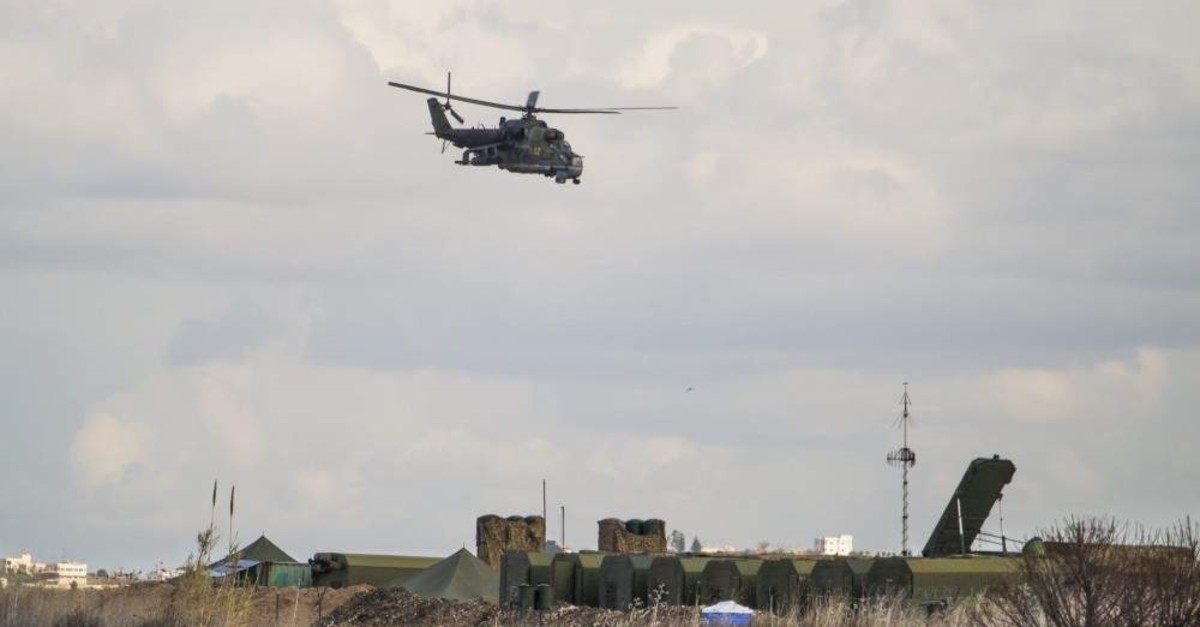 A Russian helicopter gunship flies on patrol while air defense missile systems are seen in the background at the Hmeimim airbase in Syria, Jan. 20, 2016. (AP Photo)
by Daily Sabah with Reuters Nov 14, 2019 11:19 am
Russia has begun setting up a helicopter base in the northeastern Syrian city of Qamishli, the Russian Defense Ministry’s Zvezda TV said Thursday.
The new base will be protected by surface-to-air missile systems Pantsir, according to the TASS news agency, and three helicopters have already been deployed there.
The units of the Russian military police patrolling the region along with the Turkish military will have regular air support, TASS said.
The agency said Russian helicopters have been conducting daily patrols along designated routes in northeast Syria for the past week. The territory of air patrols keeps constantly expanding, and includes the province of Hasakah, which borders Turkey and Iraq.
Ankara and Moscow agreed to conduct the joint patrols during high-level talks between President Recep Tayyip Erdoğan and Russian President Vladimir Putin in Sochi on Oct. 22. The two countries reached a deal under which the PKK-affiliated People's Protection Units (YPG) terrorists will pull back 30 kilometers south of Turkey's border with northern Syria.
Last Update: Dec 20, 2019 1:40 am
RELATED TOPICS