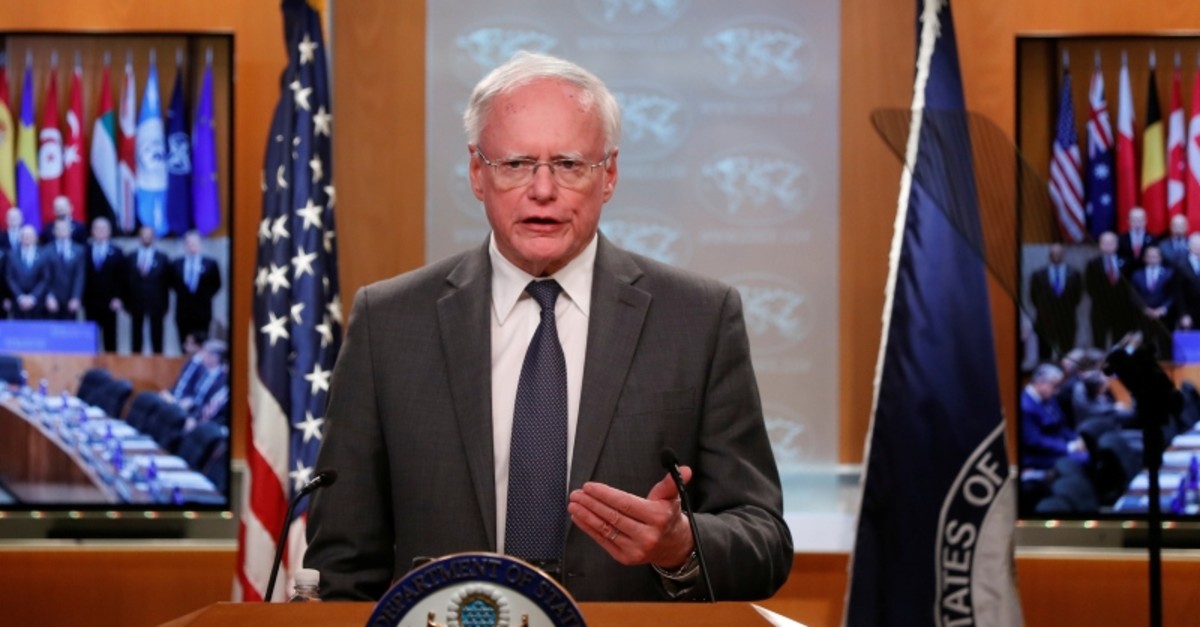 U.S. special envoy for Syria and the Global Coalition to Defeat Daesh Jim Jeffrey speaks during a news conference at the State Department in Washington, U.S., November 14, 2019. (Reuters Photo)
by Daily Sabah with AA Nov 14, 2019 11:54 pm

"The Turks also point out correctly that there is a large number, their estimate is 350,000, I don't think it's that far off, of Kurds who fled northeast Syria, some from Daesh, some, to be honest from the YPG/PYD," James Jeffrey told reporters during a news conference at the end of the anti-Daesh coalition's gathering of foreign ministers.

"And those people want to come back as well. And a Kurd is a Kurd," Jeffrey added.

The YPG and its political wing, the PYD, are the Syrian offshoots of the PKK, a designated terror organization in the U.S. and Turkey.

Jeffrey said Ankara assured him any repatriation of refugees "will be a return of people from the area, and it will be done in conjunction with the UN's refugee agency and its rules of "safe, dignified and voluntary" returns.

"The Turks have been in touch with the UNHCR on this. This was part of our communique that they signed up to a few hours ago," Jeffrey said, also praising Ankara's "extraordinarily good job" in hosting Syrian refugees.