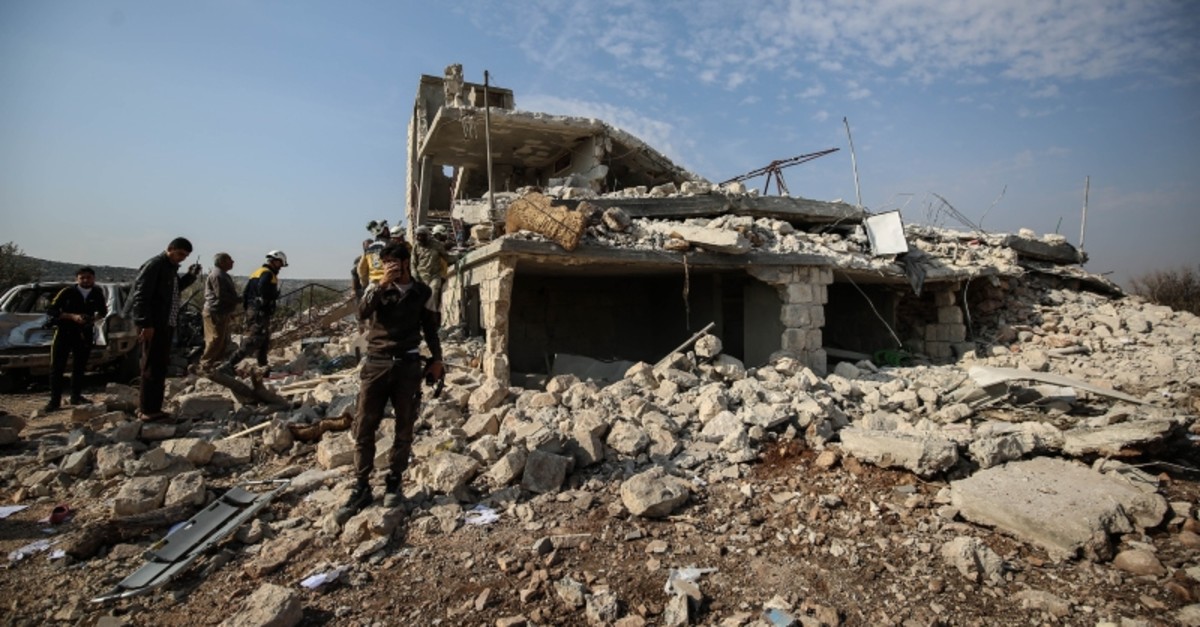 In an area of northwestern Syria that is supposed to be free of acts of aggression, at least nine civilians were killed and 10 others injured in Russian airstrikes on Sunday, a local civil defense agency said.

The Russian warplanes carried out airstrikes on the villages of Bsakla, Uraynibah and two other villages in the northwestern province of Idlib, according to the Syrian opposition's aircraft observatory.

The Assad regime also carried out mortar, gun, and rocket attacks in the Kafr Nabl district and three other villages of Idlib.

The death toll from the attacks on residential areas in the Idlib de-escalation zone over the last month totals 75, including 13 children, said the White Helmets civil defense group.

Additionally, in the first half of November, the attacks of the Assad regime and its supporter Russia have displaced some 40,000 civilians within the Idlib de-escalation zone, according to Syria's Response Coordination Group, a local nongovernmental organization.

The de-escalation zone is currently home to some four million civilians, including hundreds of thousands displaced in recent years by regime forces from throughout the war-weary country.