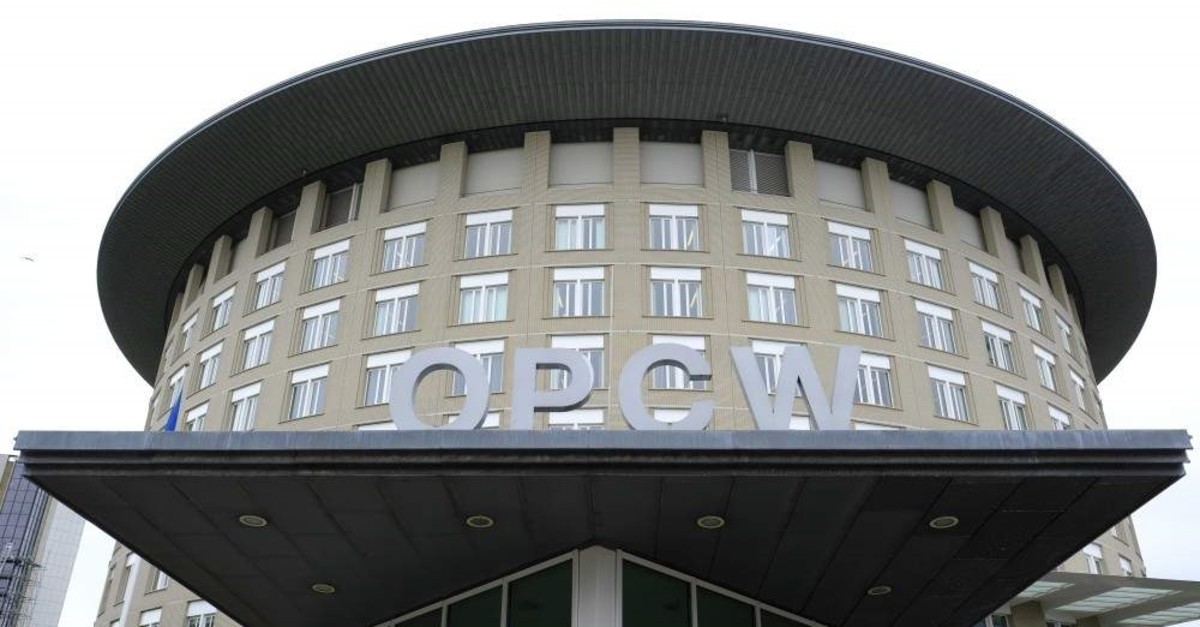 This May 5, 2017 file photo shows the headquarters of the Organisation for the Prohibition of Chemical Weapons (OPCW), The Hague, Netherlands. (AP Photo)
by Nov 28, 2019 8:17 pm

A bid by Russia to block funding for a new team that will identify culprits behind toxic attacks in Syria failed Thursday with member states at the global chemical watchdog overwhelmingly approving a new budget.

Moscow and its allies were trying to block next year's budget for the Organization for the Prohibition of Chemical Weapons – a move which would potentially have left the entire agency unable to operate – if it included money for the new Identification and Investigations Team (IIT).

But 106 member states voted in favour of the new budget on Thursday, broadly seen as a confidence vote in the OPCW's activities, while only 19 countries including Russia and China voted against.

"In light of this result the budget for 2020 is adopted," the Conference of State's Parties chairman said to applause.

The United States earlier accused Russia of a "cover-up" of the use of chemical weapons by its ally Damascus, at a tense annual meeting of the OPCW's 193 member countries in The Hague.

"Russia would like to express our deepest regret," a Russian delegate told the meeting after the vote.

"Once again we find ourselves in a situation where a number of state parties chose not to take into account the opinion of the Russian Federation and a number of other major contributors," the delegate said.

Syria also slammed the move saying it "rejected the political blackmail by the United States and its western allies."

But Britain, in a tweet said the budget's approval was "a clear signal of support for the organisation & its essential work, including in tackling impunity for cw (chemical weapons) use."

Russia and the West have already clashed repeatedly over allegations by two whistleblowers that the OPCW altered the conclusions of a probe that found chlorine was used in an attack in the Syrian town of Douma in April 2018.

OPCW states then approved a western-backed motion in 2018 to give the organisation new powers to pin blame on culprits. Previously it could only confirm whether or not a chemical assault had occurred.

"The Syrian cover-up is never going to work because the international community has the courage of its convictions. Unfortunately Russia has played a central role in this cover-up," U.S. ambassador to the OPCW Kenneth Ward said earlier.

"Russia and Syria may sit with us here but they stand apart from us in a fundamental way. They continue to embrace chemical weapons."

"We regret that some delegations have given more importance to partial leaks than to a report which was generated in a rigorous manner," said France's deputy permanent representative to the OPCW, Tiphaine Jouffroy.

WikiLeaks at the weekend released an email from an investigator accusing the OPCW of altering the original findings of probe to make evidence of a chemical attack seem more conclusive. Another whistleblower's report complained about the Douma probe earlier this year.

The OPCW won the Nobel Peace Prize in 2013 and says it has eliminated 97% of the world's chemical weapons.