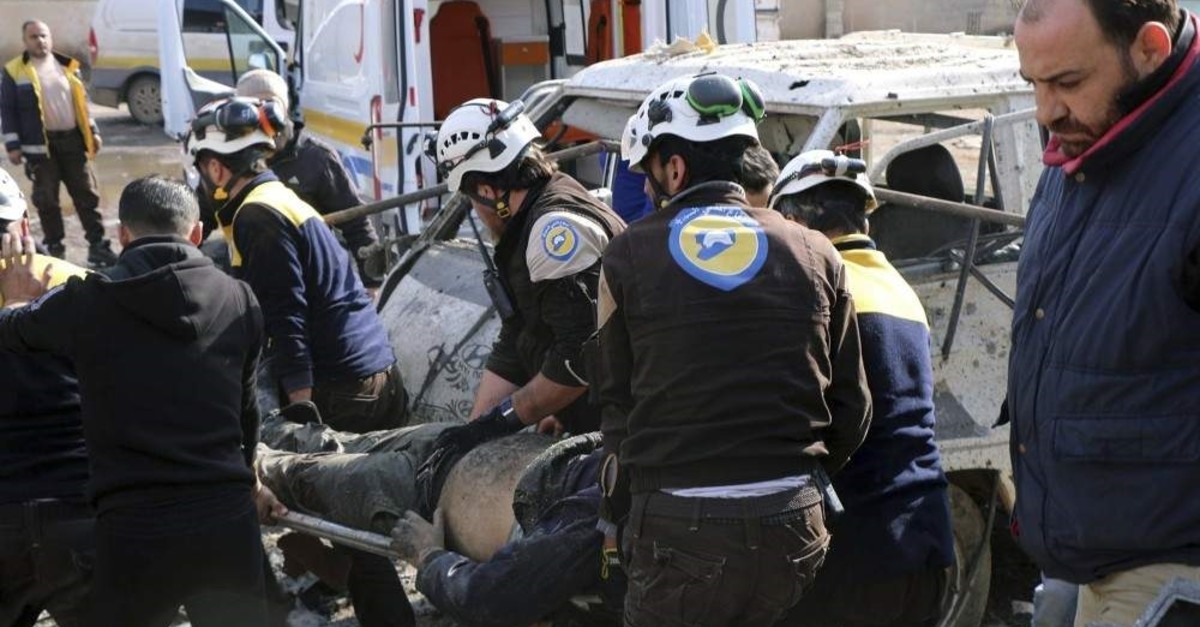 Nearly 130,000 civilians have been displaced in Syria's northwestern province of Idlib, the World Health Organization (WHO) said Wednesday.

Some 12 million people require medical assistance in Syria as the Bashar Assad regime and Russian jets pound civilian settlements, according to a statement.

Regime forces have been bombarding southern and eastern Idlib province, the last rebel stronghold in the war-torn country, since late November. A ground offensive that began last week has displaced more people and Assad forces have captured more than 40 villages and hamlets.

So far, 14 dispensaries and two hospitals have been closed down and 42 other healthcare facilities risk closure if attacks continue in the region, the WHO said.

Richard Brennan, acting regional emergency director for WHO in the Eastern Mediterranean, said, "The recent military tensions in the region have led to civilian casualties, injuries and intensification of human suffering."

As regime and Russian forces intensify attacks, more than 2,000 civilians have fled Idlib in the past 24 hours, according to sources on the ground.

Meanwhile, the Syrian Response Coordination Group, a relief group active in northwestern Syria, said more than 216,000 people have fled their homes, many of them with no specific place to go. Many have been heading toward the Turkish border for safety.

The group said people fled from about 250 villages and towns, adding that 252 civilians, including 79 children have been killed as a result of the violence.

Before the ground offensive began last Thursday, the U.N. reported that some 60,000 Idlib residents had already been displaced since the government's bombing campaign began late last month.

Videos posted online by activists and the opposition's Syrian Civil Defense, also known as White Helmets, showed long lines of cars, trucks and buses heading north. People carried their valuables, and on most buses, bags and mattresses were loaded.

The group called on other relief agencies to help the displaced amid cold weather and heavy rain. In recent weeks, tent settlements of displaced people were flooded adding to their misery.

"We call upon the international community to pressure the regime and its allies to stop their military campaign," it said.

In September 2018, Turkey and Russia agreed to turn Idlib into a de-escalation zone in which acts of aggression would be expressly prohibited. Since then, more than 1,300 civilians have been killed in attacks by the regime and Russian forces in the de-escalation zone as they continue to violate the cease-fire.

Since the eruption of the bloody civil war in Syria in 2011, Turkey has taken in some 3.7 million Syrians who fled their country, making Turkey the world's top refugee-hosting country. Ankara has so far spent $40 billion for the refugees, according to official figures.
RELATED TOPICS