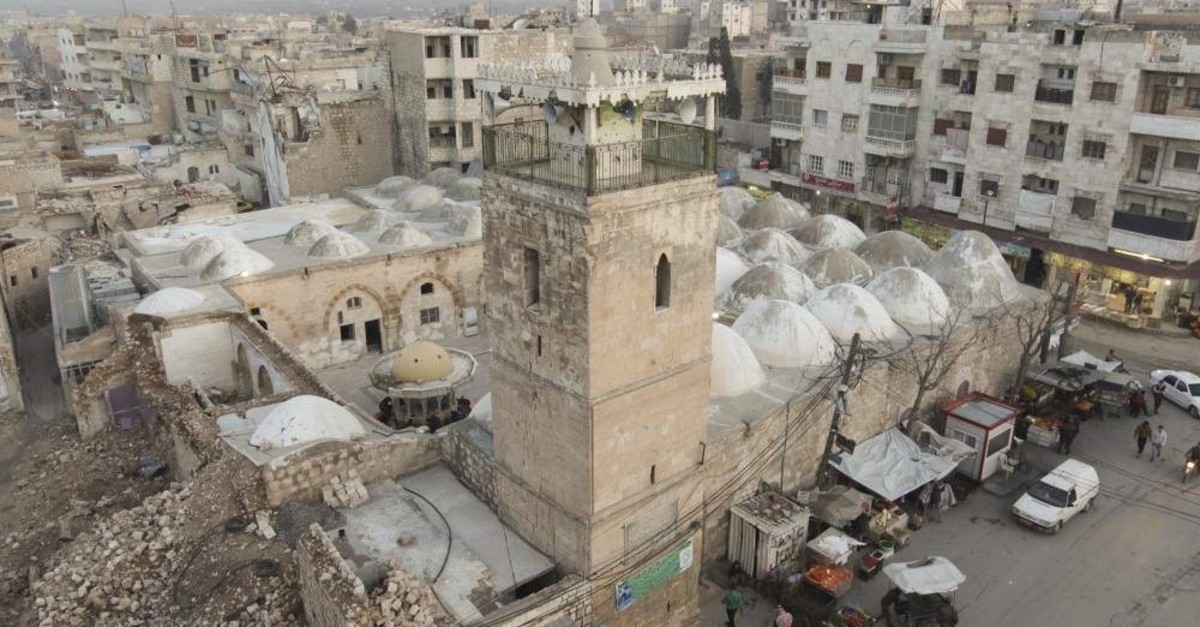 The biggest mosque of northern Syria's liberated al-Bab province opened for prayers Friday – hosting worshippers for the first time after being severely damaged during Daesh's occupation of al-Bab several years ago. 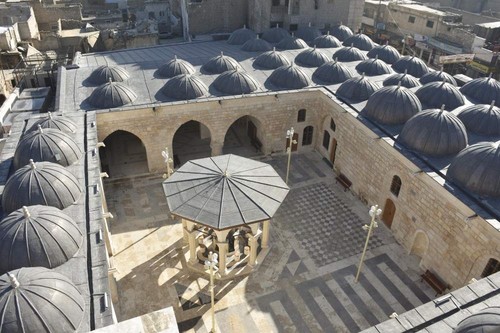 According to the statement released by the directorate, around TL 15 million were spent on the restoration of the mosque, which started in June 2017.

During the initial inspections of the mosque, it was determined that the building was heavily damaged due to bombings by Daesh, with some parts of it completely destroyed.

In the opinion of the Deputy Head of the Directorate, Burhan Ersoy, the situation was so troublesome that the decision of immediate intervention had to be taken at the time in order for the historic mosque to be saved.

"We have renovated this historical building that lasted through the centuries despite the ugly face of war with restoration work that took place in an environment of conflict," Ersoy said, adding that they are proud to have revived such a building in accordance to its original features and present it to the Syrians.

Al-Bab, an important crossroads and settlement in northeastern Aleppo province, was liberated from the four-year-long cruel Daesh rule on Feb. 22, 2017, by the Turkish Armed Forces (TSK) and Free Syrian Army (FSA) fighters as part of Turkey's Operation Euphrates Shield launched on Aug. 24, 2016, to clear the terrorist group from Turkey's border regions. Due to its strategic importance, al-Bab witnessed the fiercest clashes between Daesh terrorists and Turkish forces, especially at the Sheikh Aqeel district overlooking the town.

The operation also drove Daesh terrorists out of the Jarablus, al-Rai and Azaz districts near the Turkish border and prevented the PKK-affiliated YPG terrorists from unifying its so-called cantons in northern Syria. It also established a terrorism-free zone in Syria that is more than 2,000 square kilometers, helping more than 400,000 Syrian nationals inside Turkey return to their homeland while providing safety for hundreds of thousands of others displaced during the eight-year-long Syrian civil war and those living in refugee camps near the border.

The Islam Encyclopedia that was published by Turkey's Diyanet Foundation states that the Grand Mosque is a 12th-century monument that was built by Seljuk Turks.

The mosque's minaret is known for its almost faded embroideries. The entrance door, however, has the writing and a signature of Abdulhamit II, the Ottoman Sultan who renovated the mosque in 1903.

Speaking to Anadolu Agency (AA) in 2018, Mahmoud Akil Abu Salah, a local official responsible for religious affairs, provided a brief history of the ancient city of al-Bab, as well as the mosque.

According to Abu Salah, al-Bab was conquered by Muslim armies during the reign of Caliph Umar bin al-Khattab (634-644). The city's Grand Mosque was built in 717.

Al-Bab, Abu Salah explained, boasts 60 other historical mosques, 40 of which have already been renovated with the help of Turkey's Diyanet Foundation.

"The Grand Mosque was damaged in recent clashes with the Daesh terrorist group," he said.

"God willing, we will see the mosque's full grandeur once the restoration works are completed," he had said.

Fayad Aslan, an officer that was carrying out the renovations said that all repair work was conducted with a view to preserve the mosque's original design and appearance.

"Each block of stone of the mosque's minaret will be cataloged before being removed," he had said. "Once they are repaired, they will be put back in the exact same position."

Al-Bab's heavily damaged infrastructure and public buildings have also either been restored or completely rebuilt thanks to Turkey's efforts since the liberation.

As a part of these reconstruction efforts, Turkey opened a 500-bed hospital in al-Bab in April, the third and largest medical institution in the area. The hospitals, which are run by the Turkish Health Ministry, are equipped with all the necessary equipment in case of armed conflict.