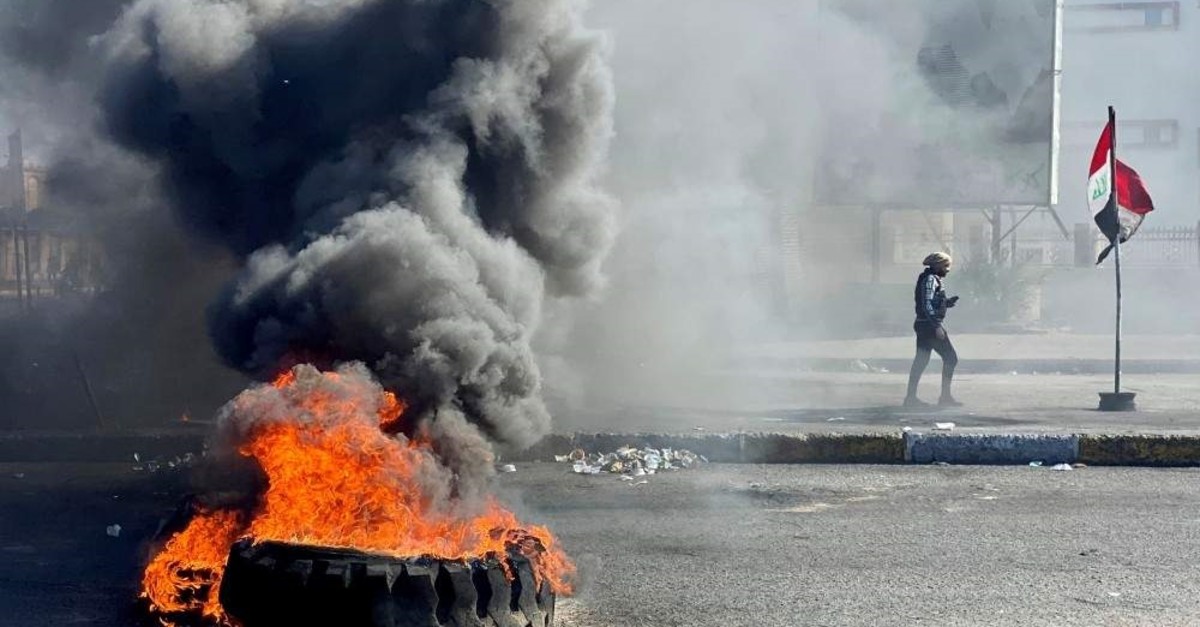 An Iraqi demonstrator walks past burning tires as they block a road during an anti-government protest, Nassiriya, Jan. 27. (REUTERS Photo)
by Compiled from Wire Services Jan 27, 2020 3:43 pm

At least 75 protesters were wounded, mainly by live bullets, in clashes in Nassiriya overnight when security forces attempted to move them away from bridges in the city, police and health source said.

Mass protests erupted on Oct. 1 in Baghdad and across Iraq's Shiite-majority south in outrage over lack of jobs, poor services and corruption. The protests spiraled into calls for a total government overhaul and are now specifically demanding snap polls, an independent prime minister and the prosecution of anyone implicated in corruption or recent bloodshed.

Protesters tried to ramp up pressure on the government starting a week ago by sealing streets with burning tyres and metal barricades, but riot police responded with force. They fired live rounds and tear gas to disperse clusters of young demonstrators, and 21 protesters have been killed and hundreds wounded in the last week. That brought the toll from the last four months of rallies close to 480 dead.