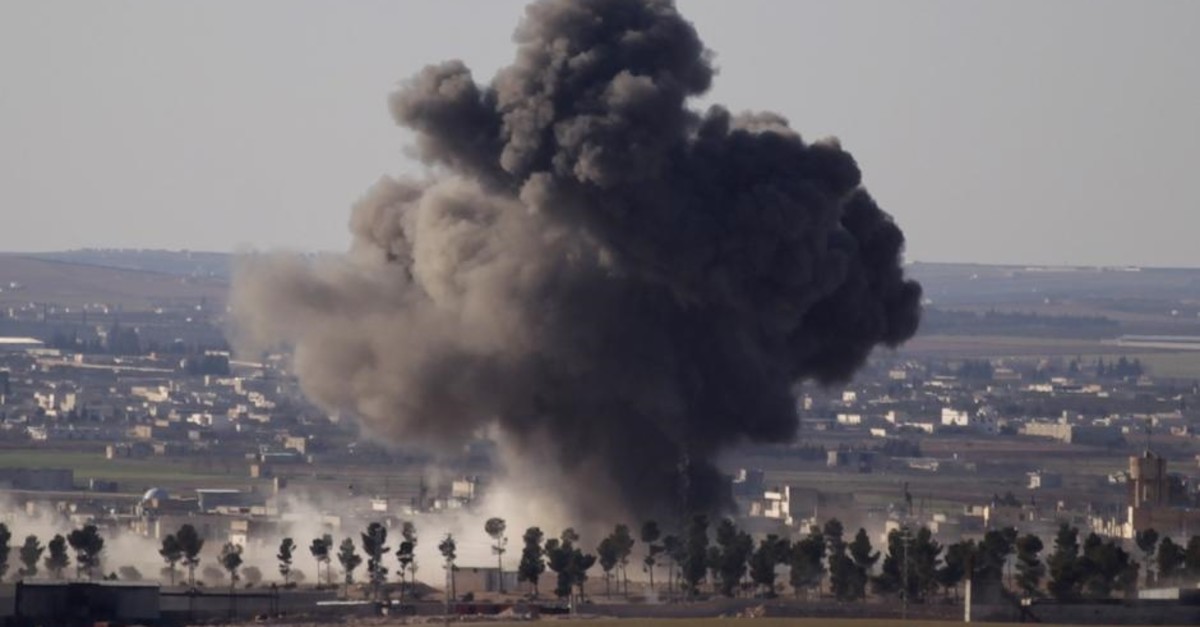 The jets targeted the city's Sheikh al-Doshel mosque in the first airstrike since 2017. A video captured by locals showed the aftermath of the airstrike.

The attack was focused on territory near the city of al-Bab, which has been controlled by Turkey and its Syrian opposition allies since 2017. Pro-regime media made no mention of a new attack. Turkish forces did not take part, opposition sources said.

The regime's latest advance has triggered a fresh wave of civilian displacement, with hundreds of thousands moving toward the Turkish border. President Tayyip Erdoğan said on Friday Turkey may launch a military operation in Idlib unless fighting there is halted.

U.S. special envoy for Syria James Jeffrey said on Thursday the Idlib fighting raised the specter of an international crisis.