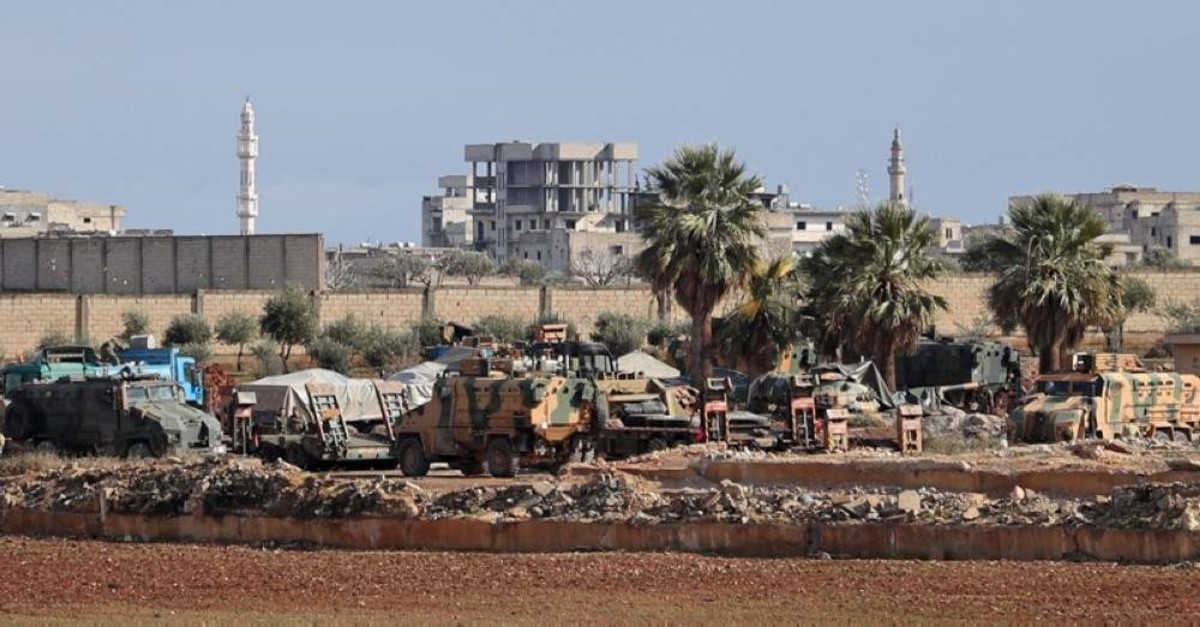 This picture taken on February 7, 2020 shows Turkish military vehicles stationed at a Turkish army observation point near Sarmin on the outskirts of the city of Idlib in the northwestern Syrian Idlib province. (AFP Photo)
by Daily Sabah Feb 08, 2020 10:36 pm

Turkey has deployed additional troops to its observation points in northwestern Syria, sources reported Saturday as officials reiterated Ankara's willingness to defend the country's military posts in Idlib amid rising tensions with the Assad regime.

According to sources, the Turkish military has sent one battalion of soldiers to each of the 12 observation posts in Syria.

Meanwhile, Anadolu Agency (AA) separately reported that more than 500 vehicles had been dispatched to the Syrian border.

Turkish security sources emphasized that they were only to reinforce the 12 existing posts established under a 2018 deal with Russia to prevent an offensive by Syrian regime forces.

On Saturday, Turkish and Russian delegations met in Ankara to discuss steps to de-escalate tensions in Idlib and agreed to hold further talks in the upcoming week.

Hundreds of thousands of people have been forced to flee their homes in recent weeks as the Syrian regime, backed by Russian airstrikes, presses an assault to retake Idlib.

On Monday, Syrian regime forces attacked Turkish troops, resulting in the deaths of seven Turkish soldiers and one civilian personnel. In retaliation, the Turkish military targeted more than 50 positions and neutralized more than 70 Syrian regime troops, according to Defense Minister Hulusi Akar.

Turkey says three of its outposts – all in the southeastern part of the region – have now been encircled by regime forces.