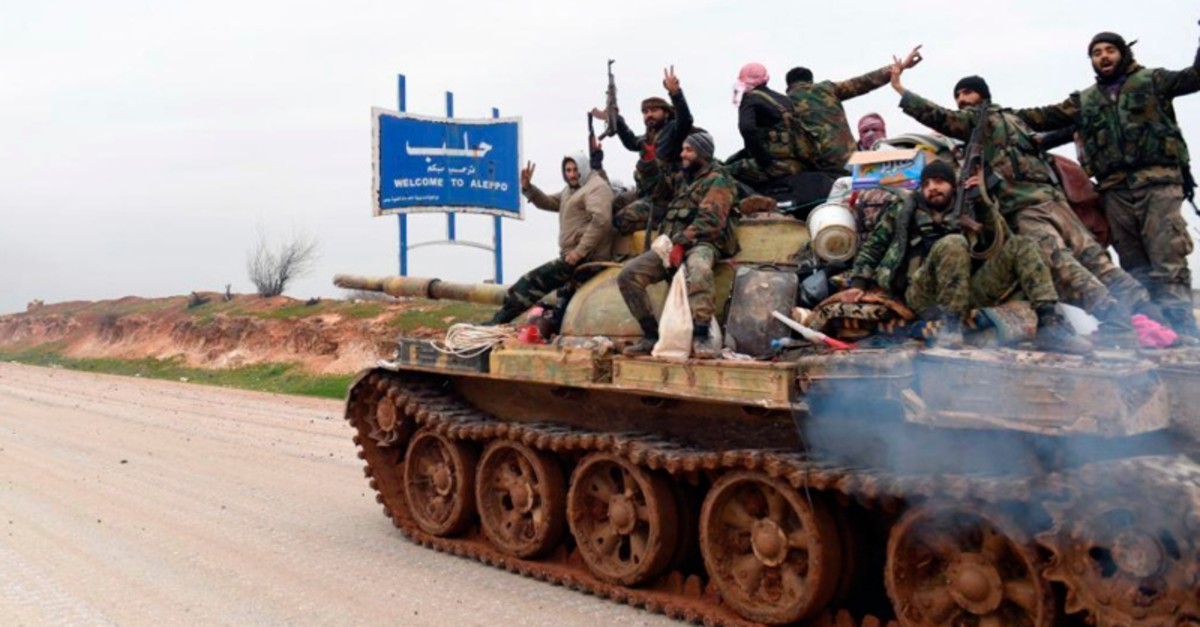 In this photo released Wednesday, Feb. 12, 2020, by the Syrian regime's news agency SANA, Assad forces on a tank hold up their rifles and flash victory signs, as they patrol the highway that links the capital Damascus with the northern city of Aleppo
by Reuters Feb 16, 2020 9:00 pm

Syrian regime media said on Sunday Assad forces had seized most of opposition-held Aleppo province in another major gain by a Russian-backed offensive.

Among the seized is the M-5, a strategically important highway in the region.