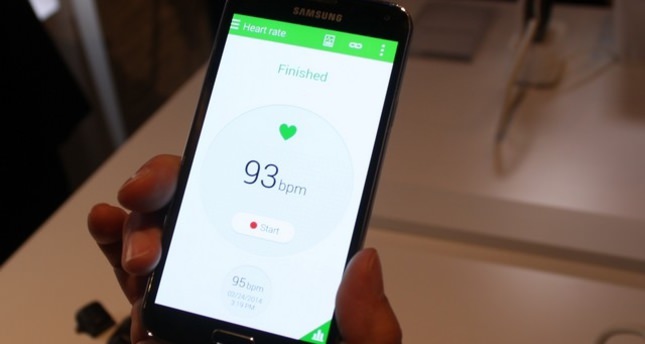 by Mar 06, 2014 12:00 am
Samsung chose just the right moment to showcase its news Galaxy S5, during the Oscars and who better to follow up on the commercial than the star of the evening, Ellen DeGeneres who take a selfie with the very phone that was advertised during the add break making the tweet the most retweeted tweet ever. With the phone intended to hit shelves on April 11 Samsung has been advertising its key feature, the built in heart rate monitor (sensor) which is located behind the S5's camera. By simply placing your finger over the monitor a reading is made by firing a red light through your finger which captures your pulse and adds to a graph or possibly the S Health app, recording your results to be viewed at any time.

There is no doubt that Samsung is in direct competition with Apple for popularity. Apple had Is this Samsung's desperate plea to win the war or is Samsung lagging behind the Apple giant?