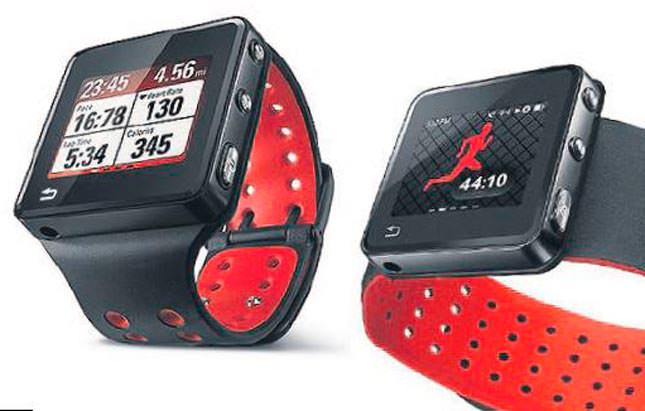 by German Press Agency - DPA Mar 11, 2014 12:00 am
Munich - At first, Tobias considered the small gadget his wife bought him in New York one year ago to be little more than a toy, but a committed jogger, he now wears the black armband almost every day. When he is jogging in the park, or walking to his car, the armband counts every step he takes. "And if I don't reach my daily target, it tells me to walk more because 'you're too lazy.'" Portable devices that track and measure the body's vital signs are becoming very popular. Along with armbands there are also glasses, Tshirts and watches with built-in sensors that can measure your fitness level and record it for analysis. "Nike was the leader in the field but now there are hardly any big sports equipment makers that do not make them," says Christian Stammel, head of Wearable Technologies AG, the world leader sporting electronics. "Cars and bicycles have speedometers, but there was nothing for the human body."

About 13 years ago the first T-shirt was developed with its own built-in ECG capabilities.

In the meantime the market has been swamped with similar products. "Smartphones gave the sector a huge boost," says Stammel.

Thanks to wireless technology like Bluetooth, and high levels of standardization, it's been possible to develop this area. Now companies are producing armbands, spectacles and watches that can be connected to smartphones and tablet computers. And because of the colorful designs, the armbands have also become quite fashionable as accessories. "Pulse and heart rate monitors are looking very hip these days, and if you wear one, it shows you're up to date," says Stammel. "Consumers are gradually discovering a new link between the physical and digital world in sport and exercise," says Olaf Markhoff from Nike's western Europe division. In 2006 Nike brought out a microchip in the sole of a running shoe that could communicate wirelessly with an i-Pod and transmit data on distance, speed and calorie consumption. Apart from recording and analyzing this information, it was also possible to compare the data with joggers all over the world. Nike's latest innovation is the Fuelband for the wrist.

Sony entered the market seven years ago with its smart watch, making it a pioneer in that area, according to marketing director Björn Bourdin. However, this technology is not exactly cheap to buy. A Nike Fuelband costs about $190. Samsung's smart watch retails for about $415. Aria's new Wi-Fi weighing scales, which not only measure body weight but fat content as well, costs $165. "For amateurs, these devices provide an opportunity to train like the professionals with their highly paid human coaches," says trend scout Sven Gabor Janszky from the technology think tank 2b Ahead in eastern Germany.