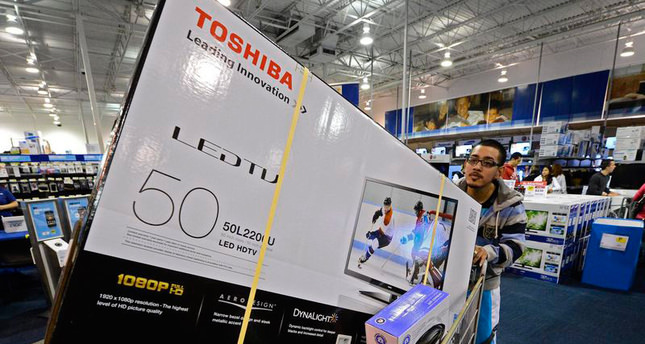 by French Press Agency - AFP Mar 18, 2014 12:00 am
TOKYO – Japan's Toshiba on Tuesday unveiled a breathalyzer which it says can detect a wide range of diseases just 30 seconds after users blow into the machine.

The device, about the size of a small dishwasher, has a nozzle in which users blow several times.

It then analyses the puffs for traces of several gases which can signal the presence of several health problems including diabetes, stomach ailments and even the ordinary hangover.

"A breath exhaled into the machine is irradiated with an infrared laser, and then trace gases are detected" the company said in a statement.

The gases include acetaldehyde, methane and acetone, all of which can point to the presence of various health problems.

Toshiba said it would expand the number of gases (and diseases) that its machine can detect, with an eye to starting commercial production next year.

The healthcare segment is a key unit for Toshiba, which is best known for its consumer electronics.