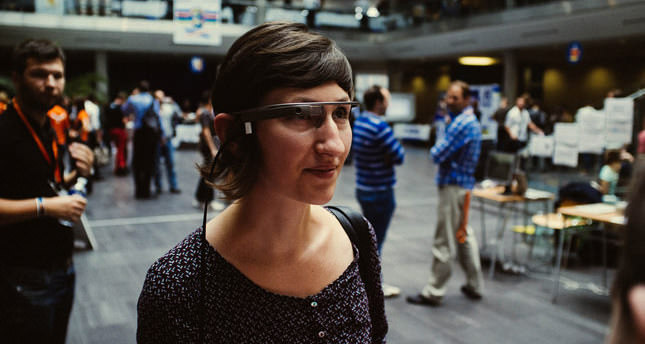 by Apr 07, 2014 12:00 am
SAN FRANCISCO — Internet companies are no longer limited to the Web browser as they look for new ways to grow their businesses.

In recent years, the top Internet companies have increasingly expanded the scope of their activities and ambitions, raising the prospect of exciting new technologies - but also new privacy concerns.

Here are some prominent examples of the growing reach of the big Internet players:

GOOGLE: Google Inc built its business with its Web search engine, but more than any other Internet company, it has led the way in expanding to new horizons.

In February, Google announced plans to acquire Nest, which makes smart thermostats and smoke alarms. The deal positions Google to play an important role in the emerging "Internet of things" market, in which a variety of home appliances and other devices are connected to the Internet.

It is also focusing on wearable technology. The company has been testing computerized glasses known as Google Glass for several years, and in March announced plans to bring its Android software to smart wristwatches and other devices.

Google Fiber is available in a handful of U.S. cities, offering high-speed Internet and television services to consumers. The company is also experimenting with a plan to use a fleet of solar-powered balloons to deliver Internet access in underdeveloped parts of the world.

Self-driving cars and robots are also among the so-called "moonshot" projects under development at Google.

FACEBOOK: The world's No.1 Internet social network said in March it was developing drones and satellites as part of an ambitious effort to beam Internet connectivity to people in underdeveloped parts of the world.

The move extends Facebook Inc's Internet.org effort, aimed at connecting billions of people who do not currently have Internet access in places such as Africa and Asia.

AMAZON.COM: In December, Amazon.com Inc said it was testing Amazon Prime Air, a service that uses eight-propellered drones to deliver small packages to shoppers' homes in 30 minutes. In an interview on the Charlie Rose television program, Bezos said its drone delivery service was still four or five years away.

Amazon is trying to get a foothold in consumers' living rooms with the Fire TV, a television set-top box that the company unveiled on Wednesday. The device, which streams online video content from Netflix, Hulu as well as Amazon's own
original video programs, adds to the tablet and e-reader devices in Amazon's growing hardware line-up.