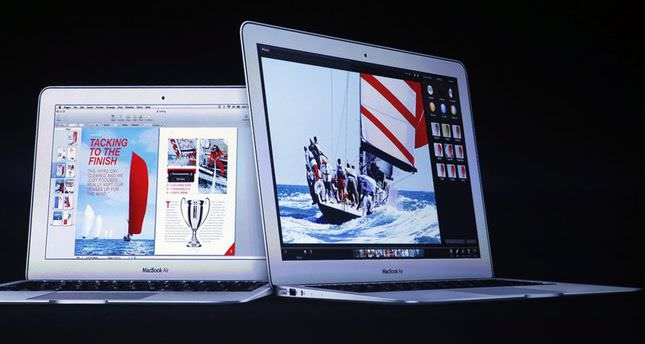 by Alanur Aydemir May 01, 2014 12:00 am
ISTANBUL — The moment Apple sets a release date for a new product, it often has Apple enthusiasts queuing from dusk till dawn to get their hands on the pure white box that leaves them as excited as a kid on Christmas. The new MacBook Air, priced at $899.00 (TL 1,903) now gave its fans more of a reason to squeal in excitement.

The 11 inch (28 centimeters) Air with 12GB of storage that contains fourth generation Intel core i5 and Core i7 processor and a battery life of nine hours is a sure reason for the Apple fans to be salivating at the thought. The new Apple Air has a 13 inch (33 centimeters) alternative which is priced at $1,199.

The new version of the computer leaves users no reason to buy anything less than a Mac says Apple's senior vice president, Phil Schiller.

He continued by stating "Macs have never been more popular, and today we've boosted the performance and lowered the price of the MacBook Air so even more people can experience the perfect everyday notebook." The new line of Apple Macbook Air is currently available at Apple authorized retailers and online stores.