How would lag feel in real life? 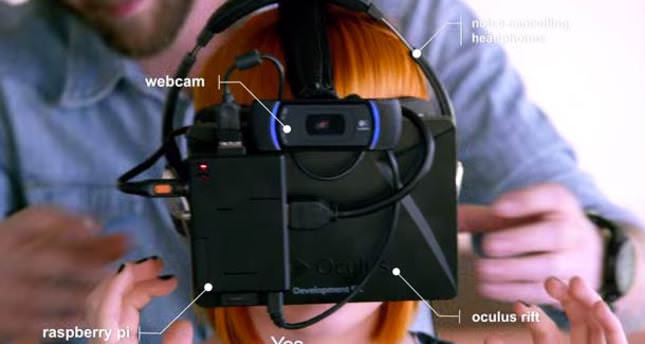 by Anadolu Agency May 06, 2014 12:00 am
STOCKHOLM — A Swedish broadband provider Ume.net used virtual reality headset Oculus Rift to show how bad lag would be if it were a part of your offline life as well.

What would happen if you were living one-third of a second in the lag? What about 3 seconds? Could you ever actually do anything?

It sounds like a half-baked thought experiment, but Swedish broadband provider Ume.net wired up a webcam and Raspberry Pi to an Oculus Rift VR headset in such a way that it shows video from the past as if it were real time. They called it "Living With Lag".

The result is a pretty hilarious video ad showing "lagged" folks stumbling around like zombies, fruitlessly trying to follow an aerobics class or play ping pong.

The point is clear. "You wouldn't accept lag offline, so why do it online?" asks Ume.net.

Those who wear the headset are effectively useless at basic tasks. The video shows participants dancing completely out of sync with an aerobics class, making messes in the kitchen, and failing spectacularly at ping pong.

This is technically a commercial for Swedish broadband, but it's also a really funny, well-done video.